Speaker of Edo State House of Assembly, Frank Okiye, has called on the House of Representatives not to allow itself to be used by anyone to achieve their personal agenda.

Okiye who made the call Tuesday evening, want the Representatives not get involved in petty politics to fan the ego of an aspiring godfather.

He noted that the Edo Assembly was duly inaugurated on June 17, 2019 and since then the business of law-making has been going on without any hinderances.

“May I state that apart from the fact that the Edo Assembly complied with the Nigerian constitution in the inauguration of the House, there also exists a court order with suit number FHC/B/CS/70/2019, FHC/B/M/285/2019, ordering the National Working Committee of the All Progressives Congress (APC), Inspector General of Police, the Commissioner of Police in Edo State, Mallam Lanre Issa-Onilu, all defendants, their servants and agents, not to interfere, disrupt or obstruct the constitutional duties of members of the Edo House of Assembly. 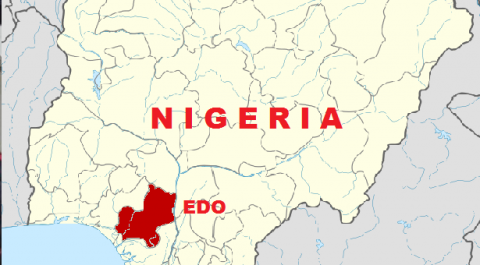 “We welcome the decision of the House of Representatives to investigate all the issues surrounding the inauguration of the Edo State House of Assembly. We are confident that they would not find anything contrary to the provisions of the Constitution.

“We humbly advise them to be guided and not get involved in petty politics to fan the ego of an aspiring godfather,” Okiye said.

It would be recalled that the Edo Assembly has been embroiled in crisis since June 17 following the inauguration of nine of the 24 members-elect, allegedly in the night.