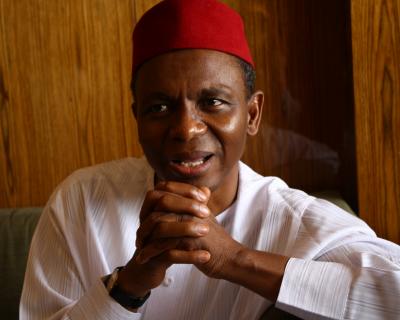 One of Governor Nasiru El-rufai’s cabinet most powerful man who wields immense influence on the governor in the governor’s first term in office, Malam Bashir Sai’du, the former Chief of Staff to the governor and now the current Kaduna State Commissioner of Finance has held the governor by the jugular insisting he want to return to government house in his previous capacity or he resign his current appointment.

Our Sir Kashim Ibrahim House source, said, during an outburst, Bashir bragged and lamented that, “The spiritual and physical role I played towards the reelection of this government against all odds can only be adequately compensated with a choice office and not what the governor deems fit for me.”

“People should be compensated base on their contribution to the success of the party in the last election.

“I am aware that the governor want to appoint a non-indigene from the South West, his crony to occupy the office. We won’t allow them have their way in Kaduna. The same way I sent the popular Seyi packing from the State,  most of them will go when I return to seat of power.”