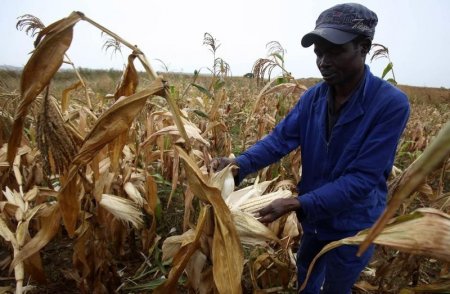 The key to achieving the 2030 Agenda for Sustainable Development, according the Global Food and Agricultural Organization of the United Nations (FAO) State of Food and Agriculture report, are transforming rural communities and promoting modern agricultural techniques. One of those Nigerian leaders that subscribed to the idea and in the forefront of boosting rural agriculture and animal husbandry is the governor of Bauchi State, Sen. Bala Muhammed.

Reacting to the report, Governor Bala Muhammed said the challenge ahead of Nigeria presently, is to significantly boost food production and turn the agricultural sector into a $100billion powerhouse to selling premium food to more than 180million domestic consumers and export of excess.

He noted however, that visionary thinking is desired to make this happen alongside the federal government’s focus on rehabilitating major highways and roads across the country, building new irrigation and hydro dams and improving rail infrastructure while the states are providing other essential services to boast agricultural production within their financial capacities.

Governor Bala said positive thinking towards achieving massive food production is vital to make the remotest of the rural areas better places for investments hence his administration’s efforts to procure and distribute agricultural implements and other inputs to be sold at subsidized rates to interested farmers as well as reinvigorating the State Fertilizer Blending Company for full scale production to meet domestic and nationwide farmers requirements at affordable costs.

He opined that; “The State’s Tractor Hiring Unit and the various Farm Institutes located at various localities within the State shall be reactivated with time and repositioned geared for a massive agricultural revolution while the problems bedeviling the smooth operations of the State’s College of Agriculture shall be addressed

“If the nation’s rural areas potential is fully developed and harnessed, Nigeria can set off an agricultural revolution that will lead to significant increases in food production, job creation and economic growth within a short period

According to him, thousands of people who suffer from hunger and food insecurity are mostly defined as not having enough calories to live a healthy life that should not be the case if attended to with passion and commitment.

“While the number is staggering, the number of people with poor access to nutritious foods, rich in essential micronutrients such as fruits and vegetables, meat, fish , Diary products, and bio-fortified staple foods are even more alarming”

Governor Bala Muhammed said increasing poor people’s access to nutritious foods is therefore essential to solving cases of malnutrition in all its forms as his administration is about setting the ball rolling towards achieving that throughout the State with full determination and the zeal to succeed as a reference point to other states.

The farmer-friendly governor added that rural areas are not doomed to be poverty traps, but they can thrive with more investments in farming, food industries and better infrastructure to link farms and rural businesses to meet the rising demand for food in the cities as his administration is determined to achieving that feat in partnership with some foreign investors and the provision of the needed infrastructures to make life more comfortable and meaningful especially to the rural dwellers.

He further said, “With the right kind of investment in rural agriculture and farming from public and private sectors, young people will access profitable jobs on farms and food processing as well experience in modern farming techniques and handling of agricultural machineries. The growth of the industry will bring immense benefits to self sufficient, the economy, transfer of technology, raise agricultural yields for domestic consumption and export, enhance productivity and create employment for a better society with less dependence on government and the few wealthy individuals in the society”.

The governor extended the hands of partnership and support to those interested in investing in agriculture to visit Bauchi State to exploit the liberalized land administration policy of his administration and appealed to corporate organizations and individuals to come forward and invest in other sectors of the economy such as tourism and solid minerals exploitation that are untapped.

He assured the people of the determination of his administration to reactivate all government-owned dormant companies the likes of Misau ceramic industry, Zaki flour mill, Gubi diary farm, Galambi cattle ranch, Madangala sheep ranch and Gubi fish ponds to achieve their targeted goals and create job opportunities and in-house training for the teeming youth.

Mrs. Obiano and the wiles of hatchet writers – By Chuks Iloegbunam