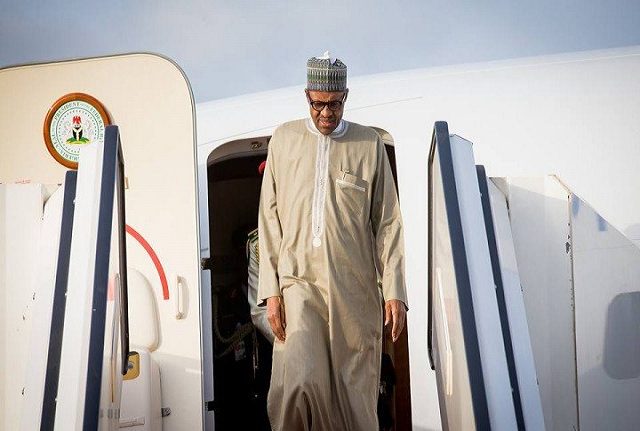 Speaking during an audience with Mohammad Ibn Chambas, United Nations Special Representative of the Secretary-General for West Africa and the Sahel, on Thursday, at the State House, Abuja, the President said he was pleased that the United Nations appreciated his administration’s focus on fighting corruption, poverty and ensuring regional stability.

Chambas, who represented the UN Secretary-General, Antonio Guterres at the Democracy Day celebration, said the UN boss extended his personal admiration for President Buhari’s “integrity and quality as a statesman especially, in fighting corruption and driving public accountability.”

He said the UN appreciated the Nigerian leader’s commitment to tackling poverty, terrorism, insurgency and recharging the Lake Chad.

While pledging UN continued technical support to the Independent National Electoral Commission (INEC) towards the next general elections, Chambas also expressed the UN’s delight that Nigeria’s Permanent Representative to the UN, Prof. Tijjani Muhammad-Bande, was elected the President of the 74th UN General Assembly.

He described Prof. Muhammad-Bande as “highly regarded by his peers in New York,” adding that “We will ensure his tenure is a success.”

According to Chambas, “We have no doubt that he will be a pride to Nigeria and Africa.”

In a related development, President Buhari Thursday received in audience the First Vice-President of the Republic of South Sudan, Taban Deng Gai, who came to seek Nigeria’s continued support towards lasting peace in his country.