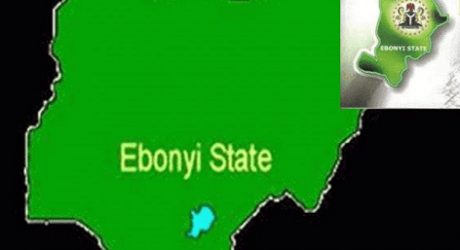 Political office holders in Ebonyi who are not returning to office during Gov. David Umahi’s second term have been advised to go back to farming and effectively utilise their severance allowances.

Rev. Fr Abraham Nwali, Chairman of the Christian Association of Nigeria (CAN) Ebonyi branch, gave the advice on Thursday in Abakaliki while delivering the second term inauguration lecture.

The News Agency of Nigeria (NAN) reports that theme of the lecture is: ‘Alternative opportunities to political appointments and elective positions.’

Nwali, who is Umahi’s Senior Special Assistant (SSA) on Religion and Welfare Matters, urged them not to see their non-return to political offices as the end of the world, but put their severance allowances into effective use.

“When you go back to farm, you will discover that the air and environment are natural which make you feel proud.

“You will however know when and how the money that comes through the farm came and how to judiciously monitor its expenditure.

“When you take a severance package of N10 million for instance and go back to the farm, Ebonyi will remain the food basket of the nation,” he said.

Nwali who is also the Judicial Vicar of the Catholic Diocese of Abakaliki also advised them to invest in agriculture and entrepreneurship.

“You should invest in mini industries such as in areas of flour, cellophane, sachet water industries among others as investment of N10 million in these areas can make one an industrialist.

“You can also invest in Information Communication Technology (ICT) which generates the world’s highest Internally Generated Revenue (IGR) instead of using sticks to pursue people on the road for revenue,” he said.

He warned them not to use their severance allowances to marry as it will only increase their burdens.

“The Vice Chancellor of the state university is here for instance as the cost of school fees might increase next term.

“This means that you might not keep up to three or four undergraduates in the school,” he said.

Umahi, represented by his Deputy, Dr Kelechi Igwe, urged political office holders to take advantage of the industrial clusters in the three senatorial zones to be self-reliant.

“The government has embarked on several empowerment schemes and provided credit facilities through the Bank of Industries (BOI) among others to make the people economically independent,” he said.

Chief Austin Umahi, the National Vice Chairman of the Peoples Democratic Party (PDP) South East Zone commended the conveners of the lecture and described it as ‘timely’.

“We should however recognise that despite the call for individuals to invest in business, fiscal policies of government can influence the viability of such investments,” he said.

NAN reports that participants at the lecture made contributions on how political office holders could live meaningfully if not returned to office.