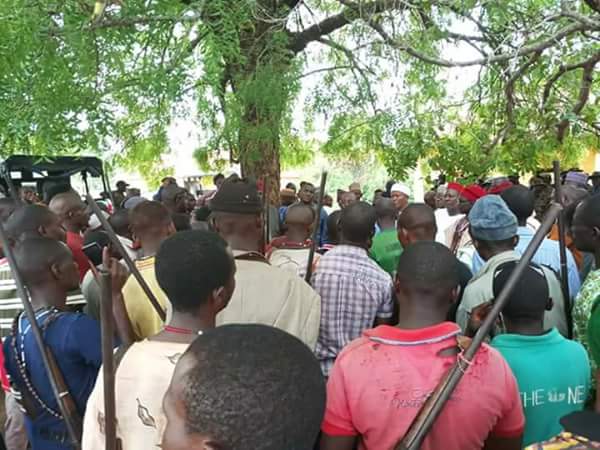 Forum of Igala Journalists (FORIJA), an umbrella body of Igala practicing journalists, has condemned the renewed attacks in Omala and Dekina Local Government Areas of Kogi.

A statement by the president of FORIJA, Gowon-Nelson Omonu, on Wednesday in Abuja, said that the recent killings had jeopardised the prevailing peace that followed similar attacks in 2018.

Omonu urged the relevant authorities to take urgent actions toward addressing the security situation in the affected communities to enable farmers to prepare for the planting season.

“It is pathetic and unthinkable that this is happening again. Recall that the Kogi East, especially Omala and part of Dekina LGA, have been suffering recurrent attacks since 2015.

“The current crisis has taken a more worrisome dimension because these (suspected) herdsmen seem to have acquired a new level of sophistication, because of the level of carnage they visited on the communities.

“The latest attacks claimed six lives in Gbagana, 12 in Ogba and four in Patani, all in Omala Local Government of Kogi State.

“Similarly, one person was killed in Oganenigu, Dekina Local Government of the state. Amongst the dead are four Policemen according to the authorities,” he said.

This development, according to the forum, has led to inhabitants of the affected villages fleeing to bigger towns for fear of further attacks.

“The unfortunate thing is that, these people are living under very deplorable conditions because they have left their valuables behind to live like IDPs.

“Worse still, is the fact that, there is no commensurate government attempt to ameliorate their suffering.

“When things like this happens elsewhere in Nigeria, governments at both states and federal levels move swiftly to aid the survivors, through provision of relief materials to cushion their suffering.

“Most painful is the fact that, as these marauders are killing and maiming the people, they will be burning their houses, barns and destroying their farms.”

The group urged the federal and state government to secure the lives of its people and resettle the displaced persons promptly.

The United Kingdom Prime Minister, Boris Johnson, has confirmed testing positive for coronavirus. Boris made this known via his...
Read more