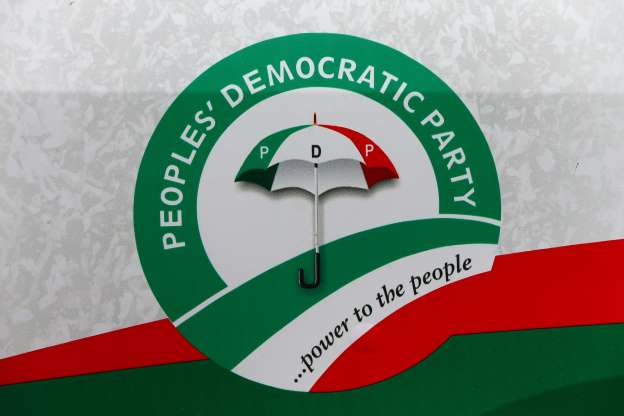 The Peoples Democratic Party (PDP) says it will win the November 2019
governorship election in Kogi state and salvage the state by enthroning
a people-oriented government in the state.

This is just as the leadership of the party assures that the
Presidential mandate, which Nigerians freely gave to Atiku Abubakar on
February 23, will be retrieved at the tribunal.

The position of the party came at the end of a crucial meeting of Kogi
PDP critical stakeholders at the Party’s National Secretariat, in Abuja
on Wednesday, where the leaders resolved to forego all personal
ambitions and work together for the interest of the party and the Kogi
people ahead of the election.

Speaking at the opening of the meeting, PDP National Publicity
Secretary, Kola Ologbondiyan said that PDP’s winning streaks in the just
concluded governorship elections in Bauchi, Imo, Rivers, Adamawa,
Bauchi, Osun among other states will be reenacted in the forthcoming
Kogi governorship election.

Ologbondiyan said the party has the support of the people of Kogi state,
who are now looking up to it to rescue the state from the misrule of the
All Progressives Congress (APC) under Governor Yahaya Bello, adding that
the PDP cannot afford to fail them.

“As we all know, our people have gone through pains, pangs, acute
poverty, hunger, dehumanization, brutalization, job losses, untimely
deaths, suicide and all sorts of anguish as a result of the misrule of
the incumbent APC government.

“The people of Kogi state are therefore looking up to the PDP for a
rescue and we cannot afford to fail them. We must therefore not allow
anything to demoralize us as the winning streaks, which our party
displayed in Imo, Adamawa, Bauchi, Osun among others, will be repeated
in Kogi state by the grace of Almighty God.

“In this race, we must also bear in mind that we have the support of the
people. Kogi state has always been home to the PDP not withstanding the
temporary setback of the APC. We must therefore prepare ourselves, stand
with the people and salvage our dear state from the pangs of misrule.
Our people yearn to move forward and we must give them that leverage
which they earnestly seek”, he said.

Ologbondiyan reiterated the already expressed commitment of the NWC to
ensure free, fair, transparent, rancor free and credible processes for
all activities toward the governorship election so as to throw up a
candidate that is collectively acceptable to the people of Kogi State.

“Our great party will not engage in any form of imposition but as usual
will strictly adhere to demands and fulfillment of our internal
democracy processes”, he stated.

247ureports - July 13, 2020 0
The anti-corruption mantra of the President Muhammadu Buhari administration has hit the rocks. A...

The anti-corruption mantra of the President Muhammadu Buhari administration has hit the rocks. A...
Read more

The All Progressives Congress (APC) has asked Nigerians to disregard what it termed "fake lamentations" by the main...
Read more