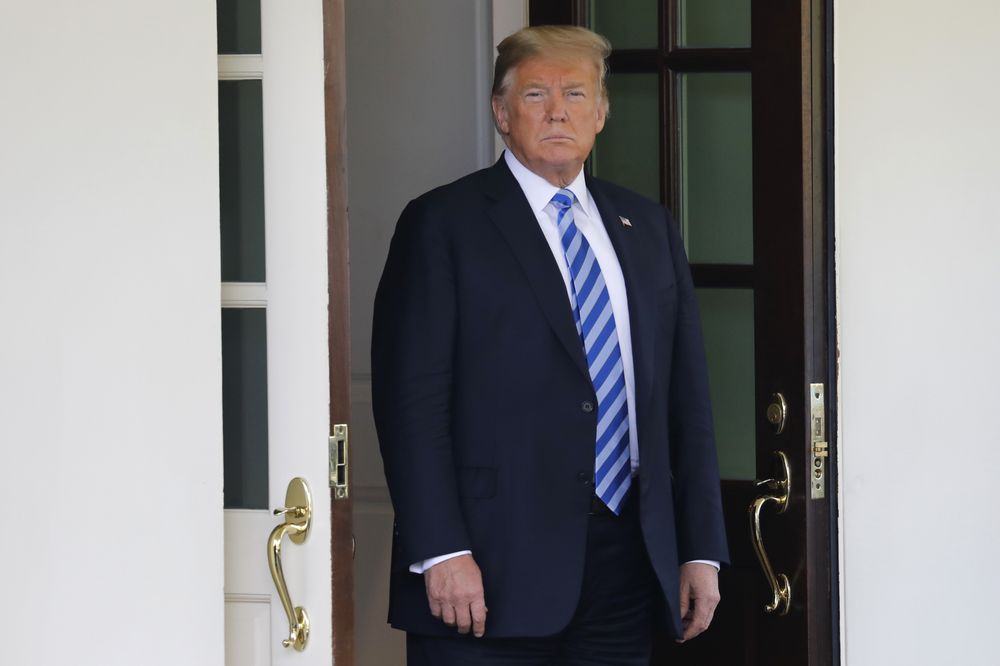 At President Trump’s big rally in El Paso on Monday night, you could see signs everywhere that proclaimed: “Finish the wall.”

That’s some amusingly dishonest sleight of hand — it’s meant to create the impression that the wall is already being built, which is a lie Trump tells regularly. Thus, it substitutes an imaginary Trump win for a real one, since apparently support for Trump among his voters on such an important symbolic matter is too delicate to withstand the unbearable prospect of him losing without withering or shattering.

Now that negotiators have reached an agreement in principle for six months of spending on the border, however, it’s once again clear that Trump’s win on the wall will remain firmly in the category of the imaginary.

It includes only $1.375 billion for new bollard fencing in targeted areas. That’s nothing like Trump’s wall — it’s limited to the kind of fencing that has already been built for years — and it’s substantially short of the $5.7 billion Trump wants. It’s nothing remotely close to the wall that haunts the imagination of the president and his rally crowds. The $1.375 billion is slightly less than what Democrats had previously offered him. It can’t even be credibly sold as a down payment on the wall.

Trump’s political and media allies are already in a rage over this point. And Trump may not accept the deal, or perhaps he’ll agree to it and try to find the wall money through executive action.

The compromise, to be clear, is a mixed bag for progressives. But on balance, based on what we are learning now, it’s plainly more of a victory than not.

The deal will include ‘substantial’ humanitarian spending

A House Democratic aide tells me that negotiators also agreed that the deal would include “substantial” expenditures to address the humanitarian plight of migrants arriving at the border.

Such money would go toward “medical care, more efficient transportation, food and other consumables,” to “upgrade conditions and services for migrants,” as the original Democratic proposal at the start of conference committee talks put it.

Democrats had called for $500 million for this purpose. It’s not yet clear how much the final deal will include, as negotiations are ongoing, but it is likely to be in the hundreds of millions.

The details on this spending will matter greatly. But if structured well, it could be significant. The goal would be to upgrade current facilities where migrants are held before entering the system, which were not designed to cope with a new type of immigration: the arrival of asylum-seeking families and children, which has spiked even as adults looking to sneak across illegally — the type Trump mostly rages about — is at historic lows.

Such an upgrade could address some terrible things we’ve seen: migrant families herded into tight conditions, and migrant children stacked up on concrete floors and at medical risk due to a lack of transportation out of remote areas, or proper screening and treatment.

But Democrats instead agreed to fund 45,000 detention beds. To understand this, note that ICE is currently overspending against last year’s budget, by funding around 49,000 beds. So relative to that, Democrats are cutting the number of beds. But as Heidi Altman notes, what Democrats agreed to is higher than the actual number of beds legitimately funded last year. So that’s a hike. And if there is no hard statutory cap on beds, ICE can find money elsewhere to fund extra beds, detaining more people than funding levels suggest. As one advocate told me, the deal “contains no new controls on ICE overspending.”

That’s a very serious problem. But overall, if the humanitarian money turns out to be real, the emerging agreement could prove to be a far-from-perfect but nonetheless decent one.

Some of Trump’s worst designs are getting frustrated

The larger context here is that Trump and top adviser Stephen Miller have pushed on many fronts to make our immigration system as cruel as possible. They’d hoped to use the first government shutdown to force Democrats to agree to changes in the law that would make it harder for migrant children to apply for asylum, and easier to deport migrant children and to detain migrant families indefinitely.

The overriding goal behind such changes is to reduce the numbers of immigrants in the United States — not just through deportations, but also through deterring people from trying to migrate and/or apply for asylum. That was the goal of Trump’s family separations, and after those were halted last year, he renewed the push for those other changes.

Trump’s first surrender three weeks ago temporarily conceded that he would not be able to make those things happen. Now the new compromise suggests Republicans want him to agree to reopen the government for far longer, without getting those legal changes or the wall.

“We have yet to see the details in writing, but based on news reports, I’d say this deal is a huge loss for Donald Trump and Stephen Miller,” Frank Sharry, the executive director of the pro-immigrant America’s Voice, told me.

“This deal has no money for his concrete wall and less money for barriers than was on offer last December,” Sharry added. “Trump tried to use a shutdown to force through radical policy changes, and at this point, Republicans are saying, ‘Let’s keep the government open and move on.’”

Sharry conceded that the failure to get detention bed caps is a “real setback.” But he also noted that in six months, Democrats can renew the battle for caps, now that “a lot of lawmakers understand that ICE is detaining many more people than Congress funds. We live to fight another day.”

Trump and Republicans suffered an electoral wipeout in an election that Trump turned into a referendum on his xenophobic nativist nationalism. He then used a shutdown to try to force the new Democratic House to accept both his wall and radical legal changes that would have made our immigration system far more inhumane. He isn’t getting his wall or those changes, and it looks as though a lot of humanitarian money will be channeled to the border to address the actual crisis there.

In other words, the fake crisis that Trump invented — and with it, his broader immigration vision — is getting repudiated. The only question is whether Trump will agree to the surrender Republicans are trying to negotiate for him.