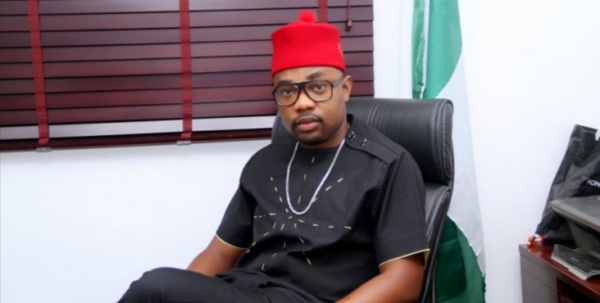 ..CUPP Raises Alarm Over The Plot By The Chief Of Army Staff And The Inspector General Of Police To Compromise The Presidential Election By Intimidating And Harassing Voters, Blocking Of Opposition Agents From Collation Centres, Leading Of Apc Chieftains To Swap Already Thumb Printed Ballot Papers And Filled In Result Sheets, Nationwide Arrests Of Opposition Leaders , Party Agents And Media From Friday Night.

..Opposition Submits Fresh Petition Against Coas And Igp To Intl Community, Calls On The International Community To Hold Igp And Coas Personally Responsible If Innocent Lives Are Lost On Election Day(See The Attached Petition Here)

… Opposition  Declares Coas And Igp As Apc Card Carrying Members By Their Actions.

… Alleges The Army And Police Have Emerged As The Most Potent Threats To Credible, Free And Fair Elections

… Calls On Voters  To Wait Behind After Voting In Fulfillment Of Code 20 Principles And Defend The Ballot Box And All Collation Points Till Sunday Night.

The Coalition of United Political Parties, CUPP has received very credible intelligence on the almost perfected plot of the Presidency and the outgoing APC Federal Government to rig the rescheduled Presidential and National Assembly election through the skewed deployment of security forces and using them to deny the people their will to choose their leaders.

Having run out of rigging options since it failed in its plot to force staggered elections on the Electoral body, the last option left to the Presidency was the use of security forces, a plot unveiled by the President himself at the APC Caucus meeting. The full import of that order is for the forces to fire on any citizen who tries to stop them from rigging the election and subsequently label such a person as a ballot box snatcher so as to escape any liability.

The fuller details instructions of the Chief of Army Staff, COAS and the Inspector General of Police, IGP to compromise the presidential election is by intimidating and harassing voters, blocking of opposition agents from collation centres, arrest of Opposition Leaders , Party agents and media practitioners in the field, leading of APC chieftains to swap already thumb printed ballot papers and filled in result sheets and ultimately use of lethal force against citizens who oppose them.

It is more worrisome that despite knowing the standard rules of engagement and the obvious consequences of purported obedience to unlawful orders, the Chief of Army Staff, Lt Gen. Tukur Buratai without any modicum of shame publicly accepted that the army will obey the partisan instructions of President Muhammadu Buhari and violate the rights of citizens and be involved in the elections.

It must have been this position that must have instigated overzealous police officers and soldiers in open show of partisanship to post photos online showing “loyalty” to the President by showing the 4 X 4 sign of the President.

Nigerians will recall that this government sacked some personnel of the security forces soon after it came to power in 2015 accusing them of partisanship. Yet it is now celebrating the photos of the officers showing open partisanship in its favour.

It is based on the foregoing that the Nigerian opposition hereby passes a nationwide vote of no confidence on the Inspector General of Police and the Chief of Army staff. Both officers have shown without doubt that they are card carrying members of the APC by the action they have taken so far.

Lt. Gen Tukur Buratai has been promised that he would continue in office as the Chief of Army Staff if the President wins despite his tenure being extended for several years after he was due for retirement.

The Inspector General of Police has a similar promise also and has been sucked in.

This option is the only available rigging option now for the APC.

We have busted all their previous plots and are still going to smash this one.

President Buhari is desperate; he knows defeat is staring him in the face. He has only himself to blame for frittering away the massive goodwill of the people. He will be defeated and there is nothing he can do about it. Hence he has turned the Nigerian Army and the Nigerian Police into the most potent threats to free and fair elections in Nigeria.

Having so emerged, we call on the International Community to hold the duo of the Chief of Army staff and the Inspector General of Police personally responsible for the loss of innocent lives during the election by reason of their directing their men to execute the unlawful, undemocratic and draconian orders of President Muhammadu Buhari.

President Buhari is waiting to cut the last string of democracy in Nigeria. Citizens must rally to protect democracy. Voters must have to wait at the end of voting for counting of votes and declaration of results and must escort the result sheets to the collation centres. They must deploy the Opposition Code 20 to the fullest. Any armed intruder sighted at any polling unit and interfering with the electoral process is on illegal mission and must be resisted and stopped from carrying out their dastardly actions.

We are in possession of irrefutable evidence that Police and Army Commanders in many states including Rivers, Akwa Ibom, Bauchi, Kwara, Imo Delta and Benue have been holding strategy meeting with APC leaders in those States on how to undermine credible elections. People power must triumph over the wicked people in power.

Defeating President Buhari at the ballot is a patriotic duty Nigerians must carry out and there is no margin of error.