A Ugandan MP has been told to apologise to victims of domestic violence after saying men should “beat” their wives.

Onesimus Twinamasiko said on Ugandan television channel NTV “as a man, you need to discipline your wife.

“You need to touch her a bit, you tackle her, beat her somehow to really streamline her.”

His words have met with strong criticism from social media users, with one leading women’s rights group in Uganda saying he should seek therapy.

“Mr Twinamasiko should make a public apology to all women who have experienced violence,” Diana Kagere of the Center for Domestic Violence Prevention (CEDOVIP) told the BBC.

“He should do the honourable thing and withdraw that statement. It’s really a shock that a member of parliament would justify violence in any way. This is about crime.”

More than one in five women aged 15-49 have experienced domestic or sexual violence in Uganda, according to a government report published last year.

Social media users were quick to react to a short clip circulating online, originally shared by an NTV journalist: 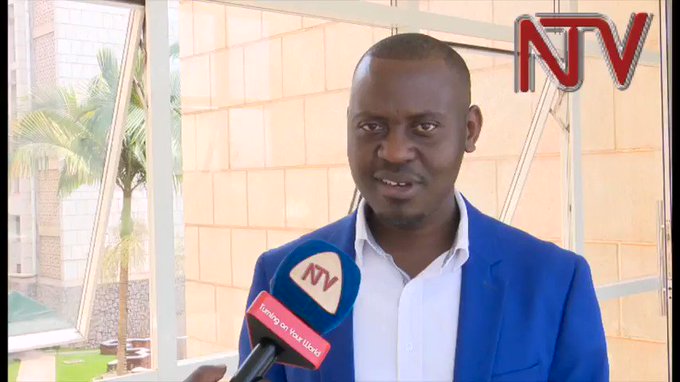 “As a man, you need to discipline your wife…touch her a bit, tackle her and beat her to streamline her”- Onesmus Twinamasiko, MP, Bugangaizi East following comments by Museveni that men who beat women are cowards and should face the full wrath of the law

While some people backed Mr Twinamasiko’s comments, many others used the hashtag #OnesmusTwinamasikoMustResign:

Hasn’t he violated the MP’s code of conduct? @Parliament_UG

Womyn continue to be disposable in this country. Time and time again, your silence, words and actions have proven that you care nothing for the safety and humanity of womyn. Onsemus Twinamasiko saying what he said represents majority of the society. #OnesmusTwinamasikoMustResign

We all must be deliberate about ending this harmful rhetoric which we all know often translates into action. Womyn’s Day you were celebrating womyn and vowing to do the most to protect them. Do it. Media, @Parliament_UG, @UWOPA, @KagutaMuseveni #OnesmusTwinamasikoMustResign

I’m so upset about this video because I know that so many people agree with this notion that women have to be “controlled” by their husbands. And he even quoted the Bible

In an interview with BBC Focus on Africa, Mr Twinamasiko attempted to clarify his comments with reference to his own marriage, saying:

“I don’t mean beatings which cause injuries or death – but a slap – I would feel fine! Because it’s calling me to order. We would sit down and sort it out.

“I was slapped once by my wife and it was OK with me, because we sorted out our differences. I also slapped her once. She had wronged me.”

But Ms Kagere said that Mr Twinamasiko’s attitude was damaging.

“We believe there is no violent solution whatsoever. You never know how far a slap can go.”

She says there are other ways to resolve conflict, including “time out, speaking out and finding amicable solutions.

“As a couple they can go for couple’s counselling,” Ms Kagere says regarding the violence the MP describes in his own marriage.

“Many men… their own inner pride stops them from seeking our services, but we want to encourage them that it’s OK to reach out for support in this matter.

“But the fact is that it is usually the man [who is the one] with power and authority who beats his wife.”

She added that MPs like Mr Twinamasiko were the “key bottlenecks” preventing changes to marriage and divorce laws in Uganda.

It appears that Mr Twinamasiko was responding to comments made last week by Uganda’s President Yoweri Museveni, who said men who beat their wives or girlfriends were “cowards”.

“Men who beat women are foolish and cowardly,” he told crowds gathered to mark International Women’s Day, according to Ugandan Christian News.