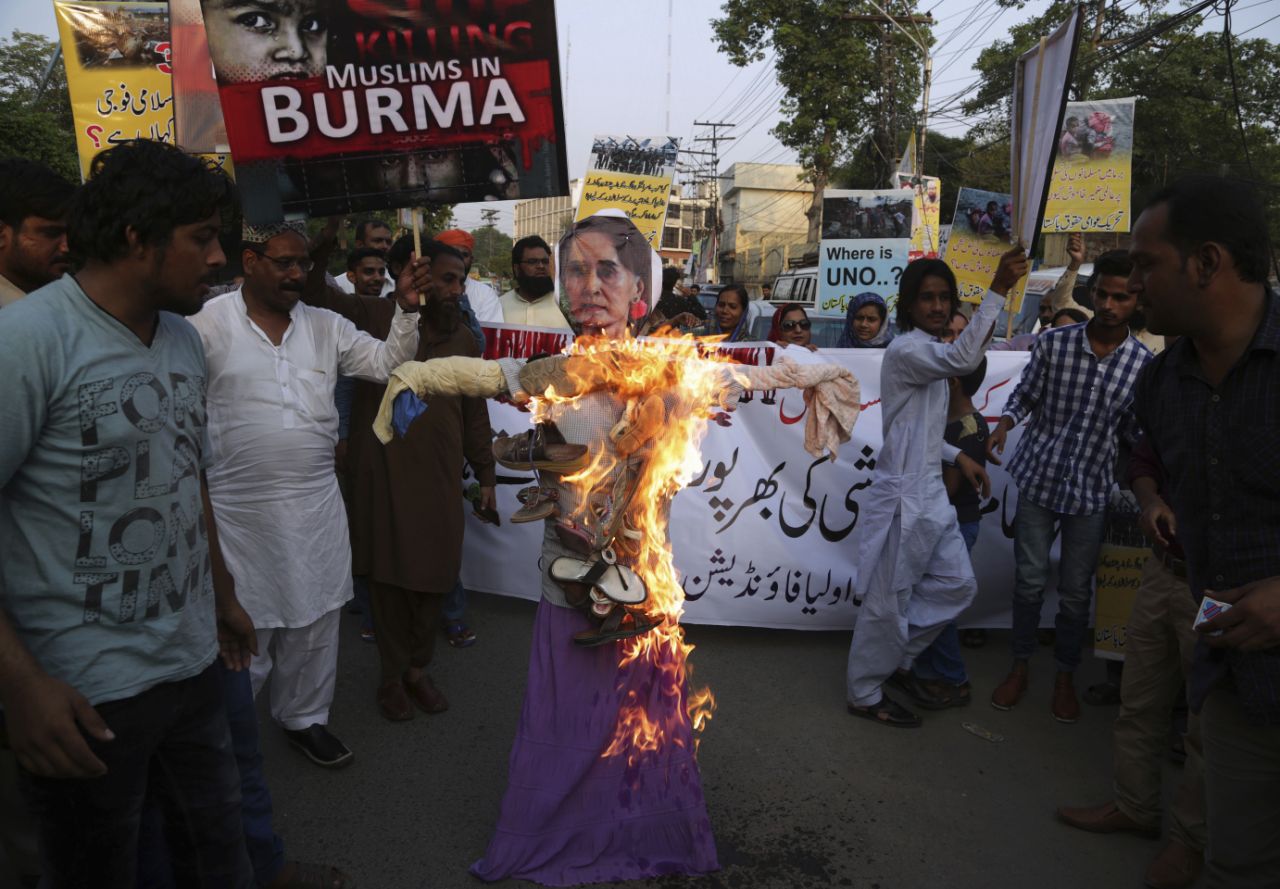 The JI supporters rallied Sunday on a Karachi main street for hours chanting slogans in support of the Rohingyas. The JI leader Senator Sirajul Haq, addressing the rally by video link, urged world powers to carry out their role in immediately stopping the “planned genocide of the oppressed Rohingya Muslims”

Another Islamic party, Jamiat Ulema-e-Islam, held a rally in northwestern city of Peshawar in support of the Rohingya Muslims. JUI leader Jaleel Khan condemned the “atrocities” committed against Muslims in Myanmar.