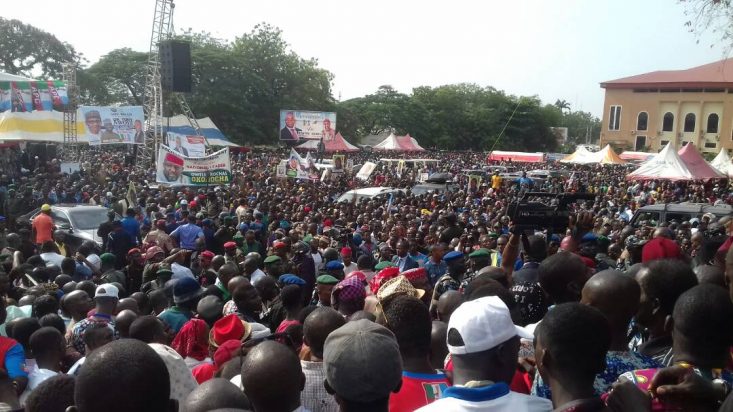 Images From APC Flag Off In Anambra

October 20, 2017 saw the flag off of the APC [All Progressive Congress] gubernatorial campaign at Onitsha, the commercial nerve center of Anambra State.

The flag off saw the vice president, Prof. Osibanjo and the national chairman of the APC, Oyegun hand the party’s flag to Tony Nwoye.

The flag off also saw the presence of elected officials under the APC, Senators and Ministers. Some select governors were present.