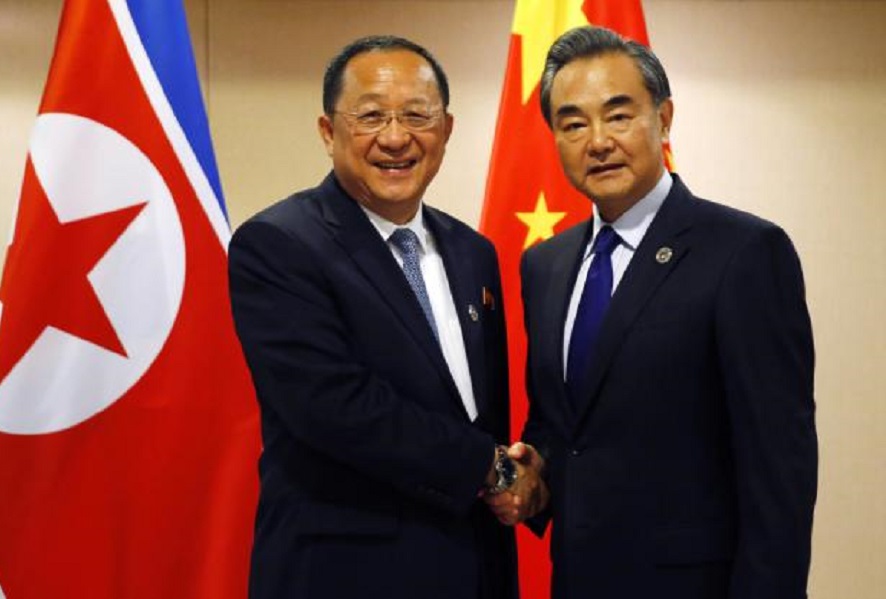 The Latest on developments on efforts to ratchet up pressure on North Korea over its nuclear program. (all times local):

The United States says it will be watching China closely to ensure it fully and continuously implements new U.N. sanctions on North Korea.

Susan Thornton is the top U.S. diplomat for Asia. She says in the past, there’s been a pattern in which China complies with sanctions after a North Korean provocation, but then slips back over time.

Thornton says the U.S. wants to ensure that with the new sanctions, there’s “not this kind of episodic back and forth that we’ve seen.”

Still, Thornton says China’s vote for the sanctions is a good step that shows Beijing understands the gravity of the problem.

Wang spoke to reporters in Manila after meeting with North Korean Foreign Minister Ri Yong Ho on the sidelines of a regional meeting after the U.N. Security Council unanimously approved tough new sanctions to punish Pyongyang for its escalating nuclear and missile programs.

Wang said the two had an intensive conversation during which China urged North Korea to maintain calm. He says he told Ri “do not violate the U.N. decision or provoke the international community’s goodwill by conducting missile launches or nuclear tests.”

Wang also urged the U.S. and South Korea “to stop increasing tensions” and said that all sides should return to negotiations.

The United States and North Korea’s neighbors are joining in a fresh attempt to isolate Pyongyang over its nuclear and missile programs, in a global pressure campaign. It is being cheered on by President Donald Trump.

After weeks of U.S. frustration over China’s reluctance to take action, Trump’s strategy of relying on Beijing’s help showed early signs of paying off. The White House praised China’s move to join a unanimous U.N. Security Council resolution slapping new sanctions that could cut off about one-third of the North’s roughly $3 billion in annual exports.

Tillerson is meeting with South Korean Foreign Minister Kang Kyung-wha in the Philippines on the sidelines of a regional summit. Tillerson says he and the South Korean diplomat plan to discuss the sanctions during their meeting, along with next steps to pressure the North.

Kang is echoing Tillerson’s praise for the sanctions approved Saturday by the U.N. Security Council. She says it was a “very, very good outcome.” Kang is thanking the U.S. for consulting with South Korea on the sanctions.

The meeting comes as the U.S. and Asian nations join together to try to step up Pyongyang’s economic and diplomatic isolation.