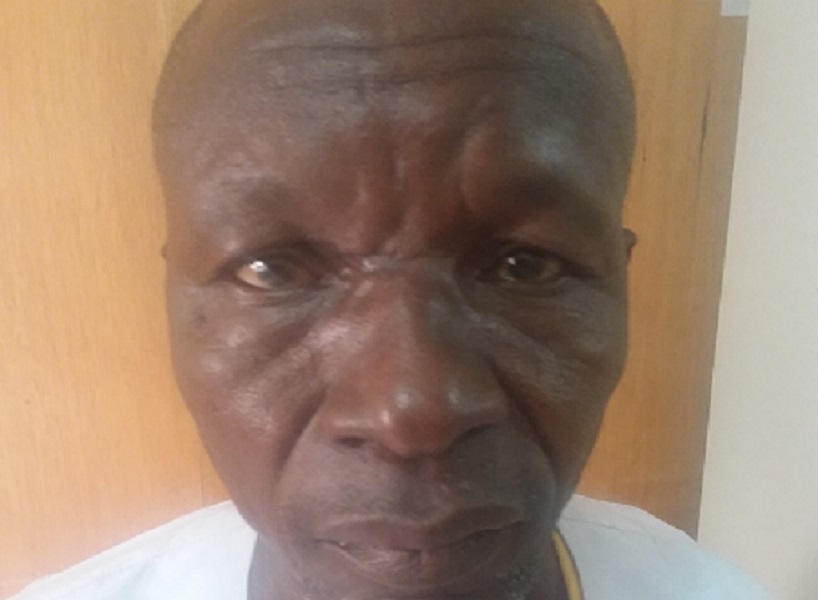 Loading ...
The Economic and Financial Crimes Commission, EFCC, arraigned one Mallam Umaru Kankani before Justice Sa’ad Muhammad of the Gombe State High Court on a two-count charge bordering on forgery and obtaining by false pretence.
Kankani’s journey to the dock followed a petition by one Dr. Salisu Ahmed of Federal Teaching Hospital, Gombe alleging that sometimes in June, 2016, he was defrauded by the accused to the tune N2.3million over a parcel of land situated at Federal Low-cost, Gombe, which ownership the accused claimed was his, but was later discovered to be a scam.
Investigation by operatives of the EFCC revealed that the documents used in the transaction were forged by the accused person.
Count two of the charge reads:
“That you, Mallam Umaru Kankani sometimes between June to September 2016 or thereabout, at Gombe, Gombe State within the jurisdiction of this Honourable Court, did obtain the sum of Two Million, Three Hundred Thousand Naira only  (N2,300,000.00), from one Dr Salisu Ahmed under the false Pretence that the said sum was for the purchase of a landed property situate at Federal Low-cost Gombe, Gombe State knowing fully well that the said landed property does not belongs to you and thereby committed an offence contrary to Section 1 (1)(b) and Punishable under Section 1 (3) of the Advance Fee Fraud and other Fraud Related Offences Act 2006.”
The accused person pleaded guilty to the charge.
Upon his plea, counsel to the EFCC, Zarami Muhammad, urged the court “to convict the accused person in accordance with the law under which he was charged since the High Court has to conduct summary trial”.
In response, Kankani’s counsel, M. A. Ghalaya, however, opposed Muhammad’s submission on the grounds that “the High Court has no jurisdiction to conduct summary trial under Criminal Procedure Code (CPC)”.
At this point, Justice Muhammad adjourned to July 18, 2017 to enable the prosecution to respond and ordered the accused person to be remanded in prison custody.