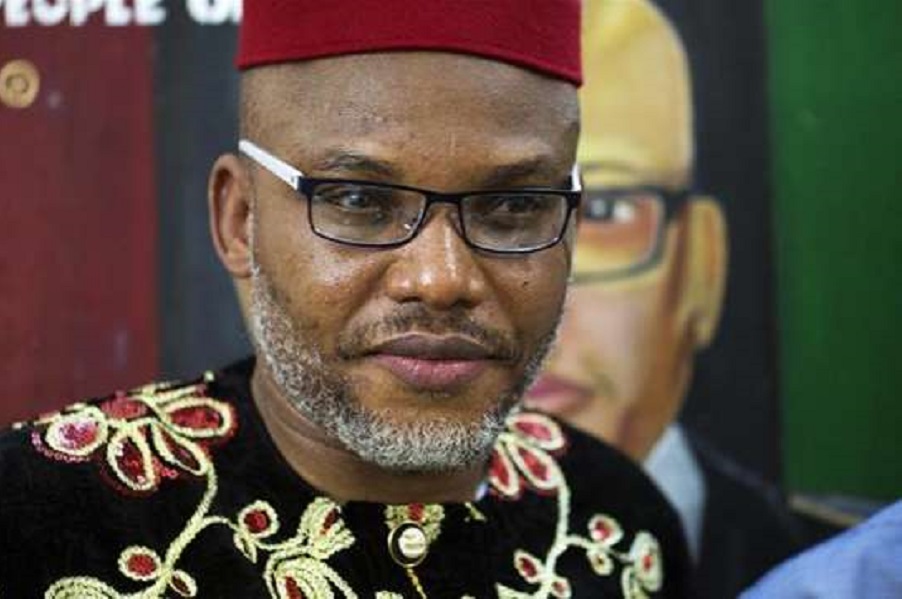 We the Indigenous People of Biafra (IPOB) and it’s leadership, under the supreme command and leadership of Mazi Nnamdi Kanu, wish to commend Biafrans in Owerri and it’s environs for the unprecedented and record breaking crowd that trooped out to welcome our supreme leader during his unscheduled private visit to a friend in Owerri Imo State capital. Conservative estimate put the number of people that thronged the streets at between 3-4 million.

We would also like to use this opportunity to thank Biafrans and IPOB members in Anambra, Rivers, Ebonyi, Abia and Imo states respectively for the overwhelming and immeasurable welcome they gave to our leader Mazi Nnamdi Kanu during his visit to the respective States. We equally thank God Almighty (Chukwu Okike Abiama) for making the outings and visits a successful one without any hiccups or breakdown of law and order despite the provocations of the Nigerian Army and Police in Ebonyi State.

Those behind the evil plot to cause mayhem in Ebonyi State, with the sole intention of tarnishing the revered image of IPOB and our leader Mazi Nnamdi Kanu the prophet of our time, through their false media reportage, have failed woefully. They should tell their Hausa Fulani masters in Sokoto and Kaduna that the IPOB recovery exercise in Ebonyi was a successful one. Today Ebonyi State has regained it’s lost status as the power house of the new Biafra resurgence.

Since the inception of these private visits to various towns in Biafraland by our leader, we have not had any altercation, interruption or any act of misunderstanding between IPOB, the public and law enforcement agencies. At IPOB we make it a point of duty to stream live videos across the world of our movements and events, to prevent our enemies from instigating trouble with which they can use to justify their illegal arrests and mass murder.

With the notable exception of Gov. Umahi’s illegal and wholly unconstitutional road block on our way into and out of Ebonyi State, there has never been any recorded incident of police or army trying to impede our movement. Those that derive joy from peddling cheap lies and deliberate misinformation through certain media houses should hang their heads in shame. The fake fabricated report that there were interruptions or public displeasure at these events are pure lies. Anybody in doubt should watch the videos online. Those governors in the habit of paying journalists to write junk news about the movement of our leader are only doing so to serve the interest of their pay masters in the North.

We demand these publishing houses to show the world proof of where IPOB is said to have had issues with any person or group of people since IPOB started this struggle to free Biafrans from bondage in Nigeria.

It is unfortunate that some unscrupulous journalists report pure fabrication after being coerced or bribed by some unprincipled politicians and individuals. Newspaper houses must verify all their stories before committing it to print or online publication.

We therefore call on Biafrans, IPOB members and the general public to disregard fake media reports of any sort which says that some youth organisations disrupted our leader’s visit to Owerri Imo State capital. The overwhelming enthusiasm and rapturous reception accorded our leader wherever he goes is indicative that all and sundry are with him.

Nobody issued any statements disowning IPOB activities, they were manufactured by unscrupulous journalists and peddled by unethical media houses. IPOB remains the most peaceful mass movement anywhere in the world today. Our discipline and code of conduct in IPOB is second to none. Even the Nigeria Police Force in Rivers, Abia, Anambra, Imo and Ebonyi states can attest to this fact.