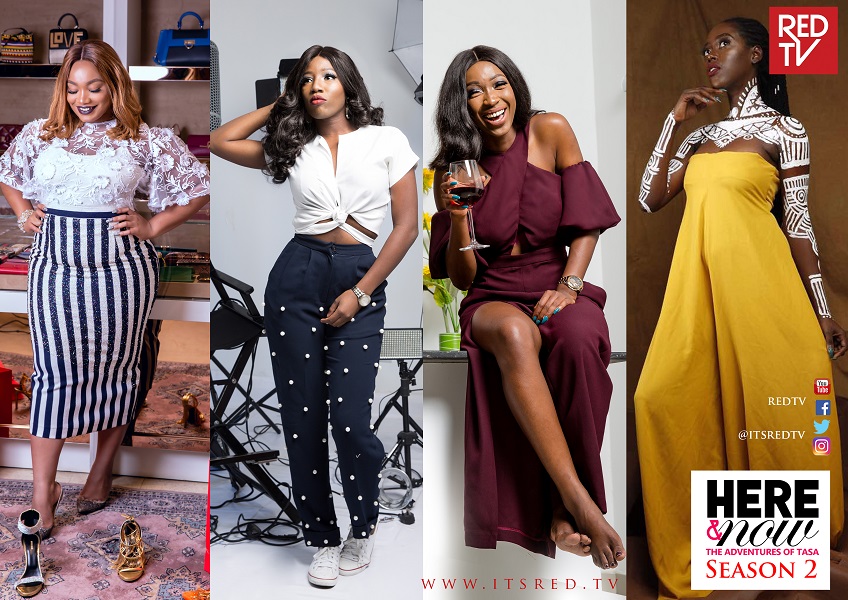 REDTV, the dynamic online lifestyle channel that spotlights Africa with a distinct global appeal is set to drop the second season of its original series, Here and Now: The Adventures of TASA.

The show, which documents the experiences of 4 young women, Taje Prest, Ajifa Atuluku, Seyitan Atigarin and Amiola Aguda, focuses on the real life friends and their adventures as they travel around Africa.

In this cycle of Here and Now: The Adventures of TASA, the Diva (Taje), the Music Head (Ajifa) the Foodie (Seyitan) and the Artsy One (Amiola) continue to discover Africa and share their exciting experiences with the audience through their journey to more countries in Africa, including Burkina Faso, Cote d’Ivoire and Senegal.

The new season is hotter than ever. The girls have grown and so have the producers along with them.

The Group Head, Marketing and Corporate Communication, UBA, Mrs. Bola Atta, who is also the Executive Producer of the show, said of Here and Now, ‘The first cycle of the show attracted close to half a million viewers and the audience has been waiting to see what was up next with the TASA girls. This second cycle showcases Africa through the lenses of four young girls in a way that will leave you proud if you are African and make you want to visit the continent if you have never been’ said Atta.

REDTV which is supported by the United Bank for Africa (UBA) Plc,  is a digital online television network that features the very best in entertainment, news, design, travel, fashion, music, sports, comedy and much more.

Launched in December 2015, REDTV continues in its passion to create fresh and exciting African continent.