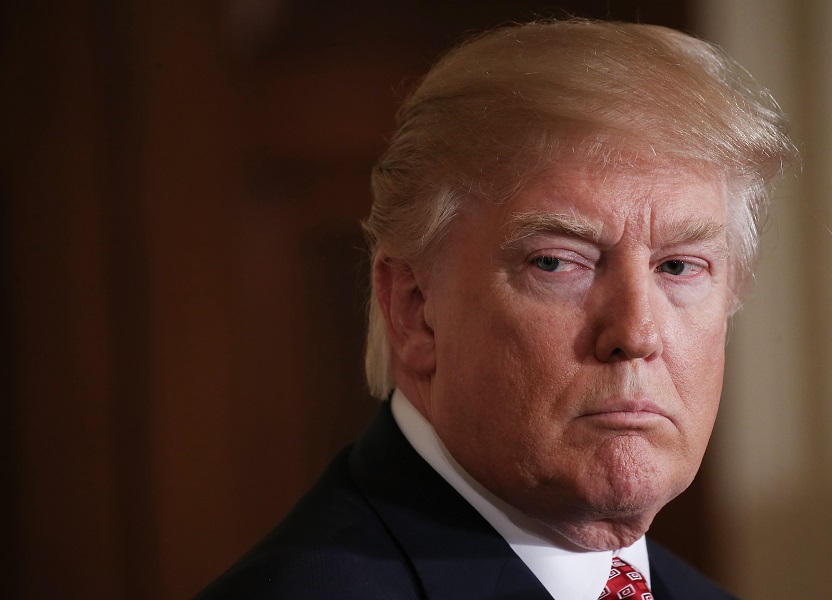 The attorneys general of Washington, D.C., and Maryland will file a lawsuit Monday against President Donald Trump, alleging he violated the Constitution by allowing his businesses to accept payments from foreign governments, ABC News confirmed Sunday.

In an advisory sent out on Sunday, D.C. Attorney General Karl A. Racine and Maryland Attorney General Brian Frosh, both Democrats, said they planned to “announce a major lawsuit against President Trump” in a press conference at noon on Monday.

In January, Trump announced that he would hand his business over to his sons Donald Trump Jr. and Eric Trump and to Alan Weisselberg — a longtime Trump business executive — through a financial trust, in an effort to eliminate potential conflicts of interests.

But Racine and Frosh told the Post on Sunday that Trump had broken promises to separate himself from his business interests, the Post said, noting that the president receives regular updates on his company’s finances.

“The emoluments clauses command that … the president put the country first and not his own personal interest first,” Frosh told the Post on Sunday, referring to the part of the Constitution that prohibits the president from accepting foreign gifts or payments without consent from Congress.

Another suit, filed earlier this year by D.C. watchdog Citizens for Responsibility and Ethics in Washington, the Restaurant Opportunities Centers United Inc., and two individuals, alleged that Trump had been in violation of the clause since he took office.

The Justice Department sought to have that suit dismissed on Friday, arguing that none of the plaintiffs had suffered an injury that would give them standing to sue, according to papers filed in Manhattan federal court.

Deepak Gupta, a lawyer for one of the plaintiffs, told the Associated Press on Friday that the suit has proper standing because it includes plaintiffs who compete with the president’s hotels and restaurants for business from foreign governments.

Gupta said a ruling on that case could come as early as the end of the summer after additional arguments from both sides.