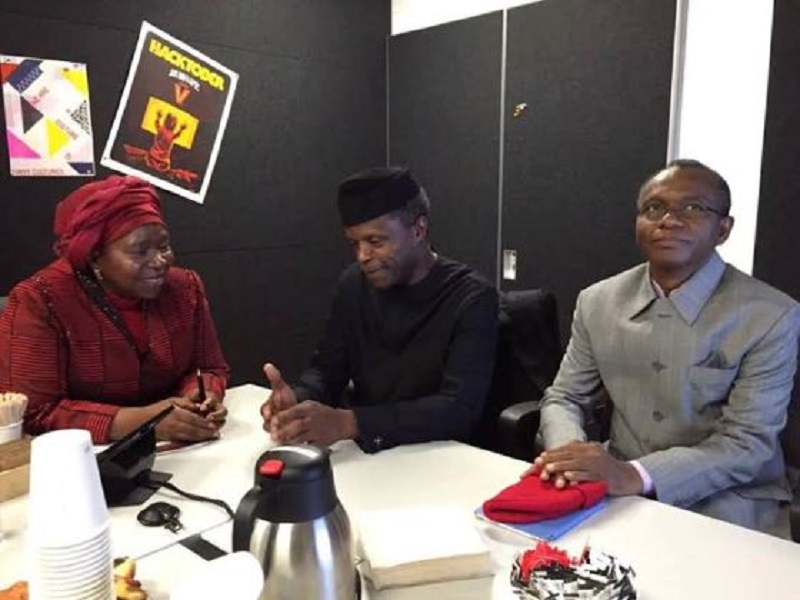 Advertisement
‎A socio-political organisation, Northern Youth Leaders Forum (NYLF), has described as “wicked, callous, selfish and insensitive”, the decision of the 19 Northern governors to “abandon President Muhammadu Buhari in his moment of trial.”
According to them, instead of informing their citizens about the true situation surrounding the President, the governors have engaged themselves in schemes and underhand deals meant to favour them to emerge as Vice President in the event that Buhari does not complete his tenure.
The organisation in a statement issued on Sunday by its National President, Alhaji Adamu Mahmuda, observed that Buhari has been left on his own since the controversy on the issues surrounding his health broke out, adding that such has exposed the  governors as people who do not mean well for the region but themselves alone.
“The Northern governors who won their elections for merely identifying with Buhari have all of a sudden gone asleep not wanting to be drawn into any issue surrounding the health of the President.
“After benefiting from his campaign and support through the provision of bail outs and other handouts for them to run their states, we find it extremely uncharitable for the governors to have gone so cold when the occasion demands they should rise up and reassure citizens in their states that there is no cause for alarm and that the president is only taking a rest.
“Nobody is fooled by their ‘see no evil, hear no evil posture’ which is deliberate so as not to make them appear too supportive of the president for fear that that might make them lose out in case the president decides not to continue. But this  is wicked, selfish and insensitive”, NYLF emphasised.
The group said apart from Governor Abdullahi Ganduje of Kano State who organised a prayer session for the President some months back, the rest were busy either inviting party leaders to their states so as to intensity lobby  for their vice presidential bids or busy holding clandestine meetings to serve their interest.
The Arewa youths condemned a situation where while series of meetings were being held in Kaduna and other states on the issue, none of the Northern governors either individually or collectively deemed it fit to publicly douse the tension over the matter.
The group said although it is within the governors given rights to aspire for whatever positions, they should remember  that most of them would not have won their elections if not for the strategy of identifying with the overwhelming influence of Buhari.
Mahmuda said for some of  the governors to try to pretend the occasion does not call for their open support and ‎ agitation is an act of deception that has not gone down well with the populace.