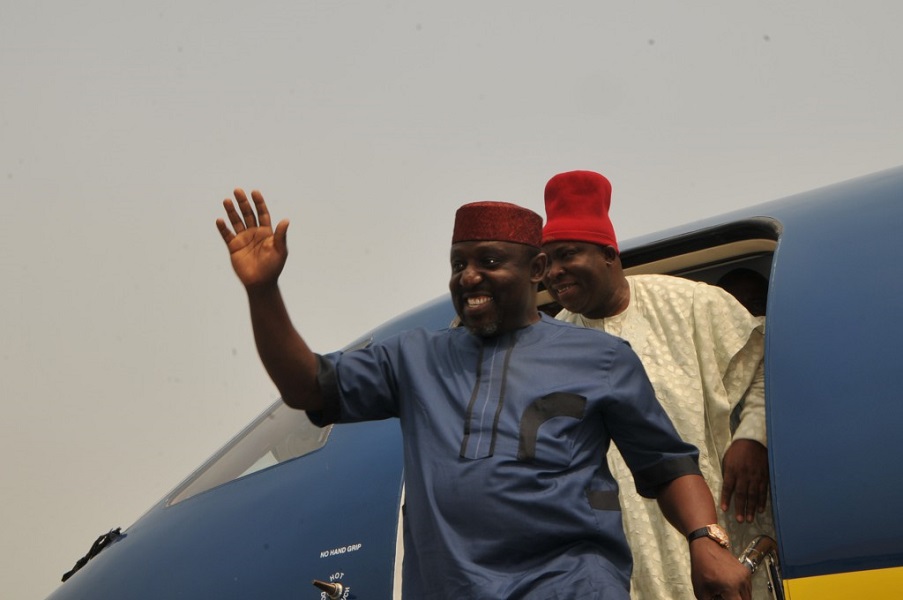 …Also the sacking of staff of LGCs

The  theory  of wage determination predicts that  a  long  term improvement in  wages can  only be  sustained by  increases in  labour productivity. In the  absence   of increases in  productivity, the labour is  faced with  the  choice between current wage  being maintained  over the  long term or  higher wages resulting in  fewer workers being  employed. Again, you  cannot  do  justice  to  this  discussion  of  the  so-called   controversial   policies   of   Governor Okorocha  in  his  second  tenure  if  you  continue  to  look at  it  as  an isolated  case  of  Imo  State instead of looking  at from the   concept   of  strategic  turnaround   policy of a  failed  business  organization, IMO STATE PLC.   In era of globalization, one   must   look  beyond  one’s  immediate   ambience  in  order  to   handle  this issue  frontally. In  fact,  if one  must   discuss  this  issue  thoroughly, one  must  draw   from  what  transpired   in  the   era  of  THATCHERNOMICS in  Britain when  the  British  economy  was  driven   by  the   economic  templates  of  privatization, commercialization  and  liberalization. During  that  era, that  Margaret Thatcher  was  the  Prime  Minister  of Britain, she  had  a  tempestuous   encounter   with   the organized labour, especially  the  coal  miners  led  by  MR.Scargill. After  one  year  of  tempestuous   strike   the  coal  miners   returned  to  work   when  it  dawned  on  them  that   the IRON  LADY, Prime  Minister Margaret  Thatcher  would  not  budge. In fact,  what   Governor  Okorocha  is  going  through  now   was  exactly  what  transpired   between  Margaret  Thatcher  and  organized  labour in Britain. As  in  Imo  State  where  this  is  happening  in  Governor  Okorocha’s  last  tenure,  Margaret  Thatcher’s  power- play  with labour   happened  in  the  last  days   of  his   eleven  glorious  years   as  Prime  Minister.

The Law  of Diminishing Returns: This  law which  was  propounded  by the  great   scholar and  economist, David Ricardo, is  in  fact  as  famous  as  the   Law  of gravity  in  Physics. Both  laws-The  Law  of  Diminishing  Returns and  The  Law  of  Gravity-   are  immutable   and  cannot  be  wished  away  in  the  two  fields  of  economy  and  physics. Whoever wishes  to  wish  away  the  immutability  of  both   laws  in  the two core  areas does  so to  his  own  peril. This  law  which was   observed first   in  agriculture marked a  historic  advance  in the  history  of  economics. The Law  states  that  in  a  given state  of  technology, the addition  of  a  variable  factor of  production keeping  the  other  factors  of  production fixed will  yield increasing marginal  returns per  unit of the  variable factor added until an  input point is  reached beyond  which  further addition of the  variable factor will yield diminishing marginal returns. This law  is  known as the  law  of variable  proportion.