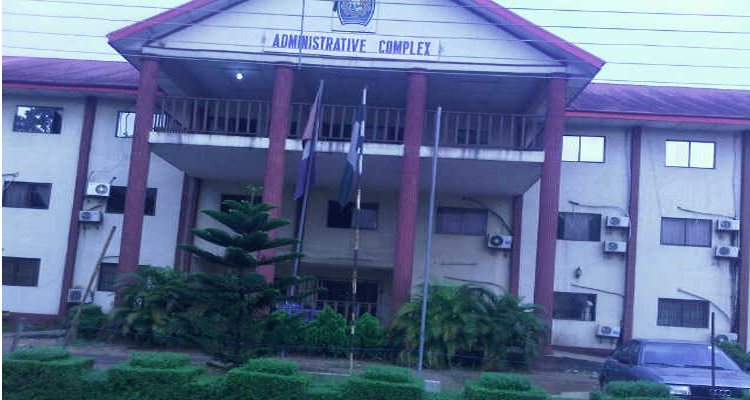 The management of Abia Polytechnic, Aba, Abia state, has said that it would not sack workers despite the problem of shortage of funds bedeviling the institution.

The workers of the Polytechnic have embarked on strike over nonpayment of 8 months arrears of salaries, but the Rector, Professor Martin Ifeanacho, has assured that academic activities would soon resume at the Polytechnic.

Briefing newsmen at the institution, Ifeanacho disclosed that the Polytechnic is struggling to settle arrears of salaries owed workers, adding that the management is also making efforts to boost its internally generated revenue profile.

“It is obvious that some people were recruited as workers in the Polytechnic without considering the needs of the institution. But this management has not recruited a single staff and has been prudently managing resources available to us. When we came, we inherited 6 months’ salary arrears. What is important is how the issues are being addressed. Some organizations have negotiated pay cuts to enable them pull through the recession. Abia Polytechnic won’t sack workers, but we will consider other options available to us. I’m in a hurry to get our workers back to work.  It is not as if we are insensitive to the plight of our workers, but we are making efforts to pay June 2016. As at this moment, government assistance is necessary,” he said.

The Rector who lamented that the institution has been bogged down by huge wage bill and running cost, dismissed reports that Abia Polytechnic generates money but can’t pay salaries.

“We generate money but it doesn’t come in lump sum. School fees come in trickles, overhead cost, diesel and other costs leaves us in deficit. Our books are open for vetting, if you have what we generate on one hand, also consider our wage bill and running cost of the institution. Even when we decided to pay each month salary, the arrears are still outstanding. Again, we have not received Paris club fund from the government. We assure you that any fund available to the institution will be judiciously applied to the payment of salaries.”

The Rector further disclosed that academic activities will resume at the Polytechnic as soon as the management concludes its meeting with the staff unions and vowed to ensure that the Polytechnic produces graduates who would be job creators than seekers.