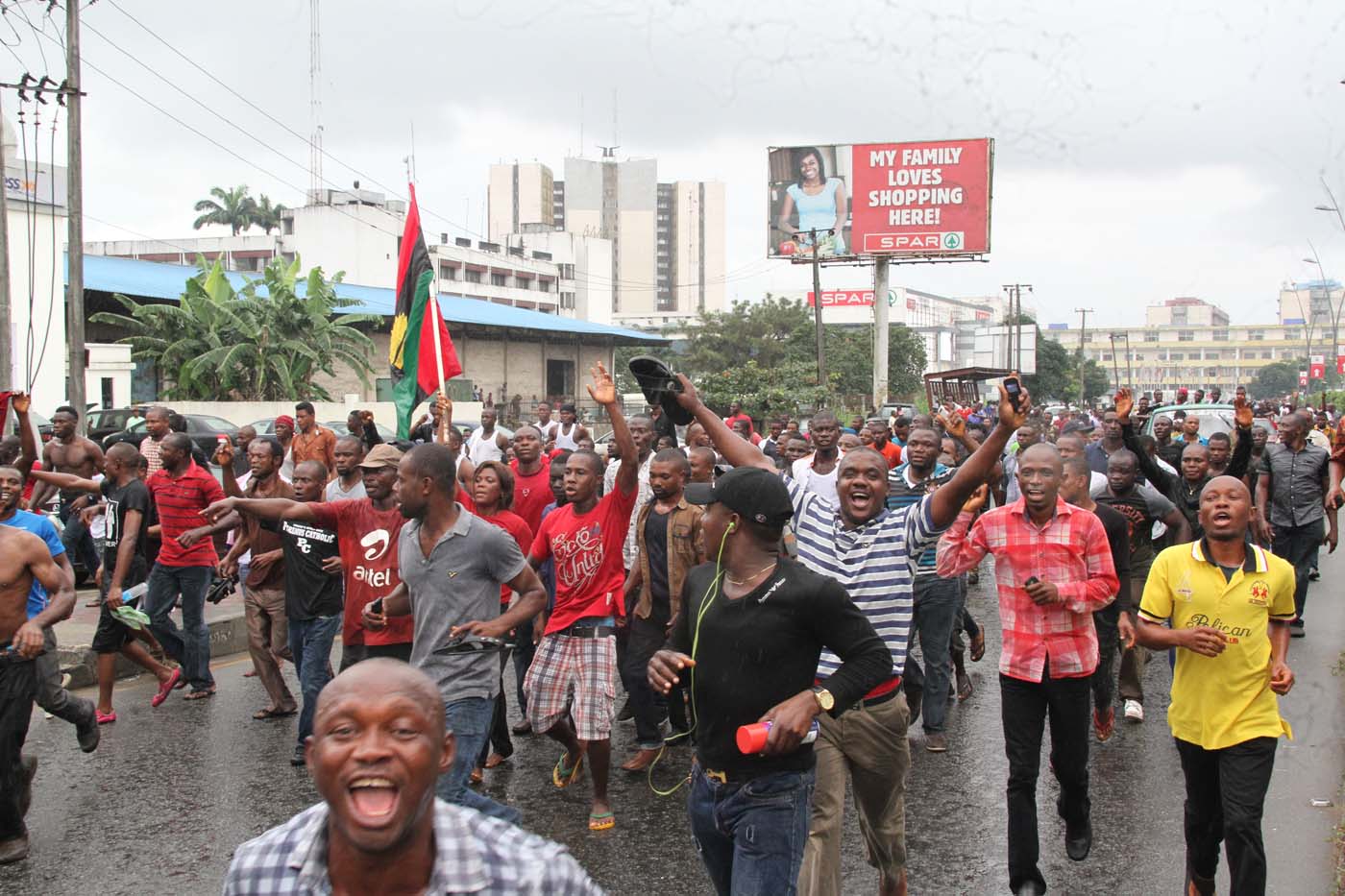 We woke up this day, Saturday 21st January, 2017, confronted with the heart- rending Newspaper publications reporting yet another cold-blooded massacre of unarmed and defenseless Igbo young men and women whose offence appears to be a non-violent rally they held at a location in Port Harcourt, Rivers State in solidarity with President Donald Trump of the United States of America whose inauguration took place the same day in Washington DC, USA.

The bold front page caption of Saturday Telegraph of 21st January, 2017, captured the sad event that took place in this manner –“Trump: 11 Feared Dead As Soldiers Shoot IPOB Members”. It is public knowledge that the organizers of the peaceful rally wrote the Police authorities to notify them about their legitimate intentions and to obtain their permission. It is not on record that the Police in turn replied to their letter denying them of their constitutional right of freedom of assembly. It has become rampart for Nigeria’s security agencies to shoot at sight, young men and women of Igbo ethnic nationality anytime and anywhere they assemble for a peaceful rally or demonstration or even to pray to the Almighty God.

As a responsible, credible and patriotic opposition political party, we owe it as a responsibility to the Nigerian public to point out any danger to the corporate existence of Nigeria wherever and whenever we perceive it. A situation where an internationally notorious terrorist organization called Boko Haram will unleash unprecedented mayhem on a section of Nigeria resulting in loss of several thousands of lives, unquantifiable damage to property and other assets as well as displacement of millions of Nigerian citizens will be extended hand of fellowship and promised protection and comfort if they surrendered, while innocent unarmed and non-violent Igbo persons will be  massacred in cold-blood and others hounded to prison, sometimes without trial, in other circumstances with trumped up charges, is unacceptable in any civilized society where equity, justice and fair play ought to be cardinal principles of government as enshrined in the Nigerian constitution.

It is in consideration of the spate of injustice, alienation, inequity, inequality, nepotism and abuse of state power that the United Progressive Party has resolved to convene its national convention in April 2017 to ratify its amended Party Manifesto which incorporates provisions for restructuring of Nigeria, true federalism, devolution of power, fiscal federalism, State Police/Community Policing, referendum, self-determination of Nigeria’s ethnic nationalities, state pardon/release of prisoners  and detainees whose offences were as a result of their political opinions and expressions. The new UPP manifesto shall be the social contract between our Political Party and the Nigerian people.

Nigeria’s Federating units must be allowed to develop at their own pace. They must be able to explore and exploit their corporative advantages for the benefit and welfare of their people.

We therefore, wish to state that the 2019 general election in Nigeria shall be a direct contest between those who accept restructuring as the panacea for the survival of Nigeria and those who choose to maintain the status quo.

On a final note, we urge the APC Federal Government under the leadership of President Muhammadu Buhari to take urgent steps to investigate all the unwarranted killings of Igbo men and women from the inception of his administration, prosecute all those found culpable and compensate the families and relations of the victims.

Security agencies must be ordered to stop shooting at unarmed, non-violent persons who are only exercising their inalienable right of freedom of association. This is the only way the palpable tension in the country today can be doused. We wish to advice that there is only a tiny line between violence and non-violence. It may just require a little extra provocation to cross the Rubicon. There is an old saying that states that a stitch in time saves nine.