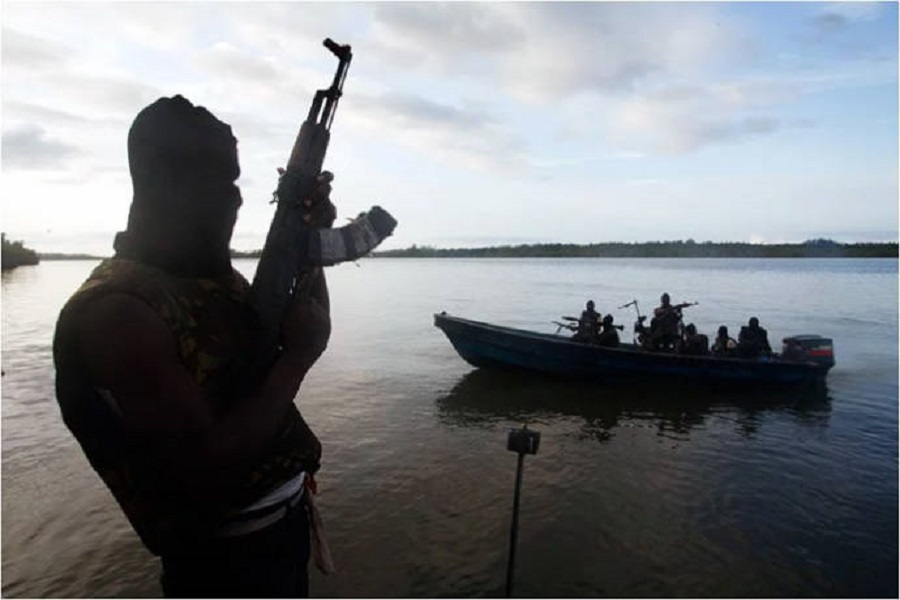 Barely five days after the Ijaw leader and former Minister of Information, Edwin Clark said the foot dragging attitude of the President Mohammadu Buhari-led government to dialogue with militants in the Niger Delta Region would see militants resurfacing in the creeks, the Niger Delta Avengers (NDA) has come out with fresh threat of hostitlity.

The threat tagged: “OPERATIONS WALLS OF JERICHO AND HURRICANE JOSHUA”, was signed by the militias’ spokesman Brig.Gen Mudoch Agbinibo, on 6th January, 2017.

According the statement, The High Command of the Niger Delta Avengers (NDA), felicitate with all fighters and commands for job well done in 2016 and welcomed its fighters to the year 2017!

The Avengers took out time to commend members of the region for their support and prayers while it thanked the international and local media for their coverage, “We earnestly praise the people of the Niger Delta for your prayers and support to the liberation movement. We thank the local and international press community for telling our story”.

“As we get prepared for the challenges ahead 2017, We make bold to tell the people of our Niger Delta, sane minds in Nigeria and the comity of nations that the remaining 11 months and couples of weeks in 2017 will be filled with surprises and a reconfiguration of the struggle for the liberation of our motherland”.

“Since, the declaration of cessation of hostilities in the region by all fighters and affiliates, it has been evidently clear that the Nigerian state is not ready for any form of dialogue and negotiation with our people to addressing the issues sustaining the unending sufferings and deprivation of the people of the Niger Delta.  The world is aware that, after listening to calls from our Royal Fathers, Community Leaders, Stakeholders and members of the comity of nations especially the governments of the United States of America, Great Britain and the European Union, we halted all actions”.

“The world should be assured that, our next line of actions to redeem Operations Red Economy will be unannounced with surely overwhelming signatures to this government and humanity. The world is aware that, the government of Nigeria has ear problems but we never knew that it has taken a detoriating deaf level dimensions. It is only through hard knocks we can speak to the Nigerian government henceforth”.

“It is our believes that, the 2017 national budget of the federal republic of Nigeria is not based on the crude oil production output from the Niger Delta but it is based on the newly found oil deposits in the North and the new pipelines construction from the Niger Republic. It is also worthy to inform the IOCS and their partners that have been awarded the 2017/2018 crude oil term contracts by the Nigerian state as listed below”.

“That their contract at a time when the Nigerian State has turn deaf ears to the Niger Delta Agitation is seen as a conspiracy against our people that will fail. These contracts will make or mare the destinies of your companies in our Niger Delta”.

“To our Niger Delta people, we feel your pains from these dashed hopes of a genuine talk once again. All fighters and commands are hereby placed on high readiness in your webs of operations to hit and knock the enemy very hard.  That is the way to discuss with a deaf, when he cannot understand your soft massage. We are determined to hit him very hard and deadly that even his eyes will shed blood, his ear will be more deafened and his heart shall quake; when he sees, hear and feel the outcome of our next activities”.

“On this note, we are declaring “Operations Walls of Jericho and Hurricane Joshua” simultaneously to reclaim our motherland and dislodge all cleavages the Nigerian Ruling oligarchy has foisted on the region that is sustaining the ongoing primitive accumulation by dispossession”.

Meanwhile, the Nigerian Defence Headquarters has responded to threats by the Niger Delta Avengers that it was going to resume hostilities in the oil-rich region.

Rabe Abubakar, the spokesperson of the Defence Headquarters warned the militants as they would ensure the security and safety of the country, Punch reports on Sunday, January

“This is our country and it is the responsibility of all citizens to work for its peaceful well-being and development,” Brigadier General Abubakar said.

“The military and other security agencies will continue to ensure the protection of lives and property of citizens in the Niger Delta or any other part of the country.

“Any act of sabotage by any group will not be condoned. We will leave no stone unturned in our efforts to maintain and protect our critical infrastructure in line with our mandate.

He called on all citizens to provide useful information to security operatives to help in dealing with militancy.

“All citizens should cooperate with the military and other security agencies in the area by providing timely information and report any suspicious persons or groups that threaten the economic activities anywhere in the country.

“We are not targeting anybody or group. Therefore, there is no need for any group to work against the country, no matter their grievances. Political leaders have embarked on negotiations with stakeholders.”