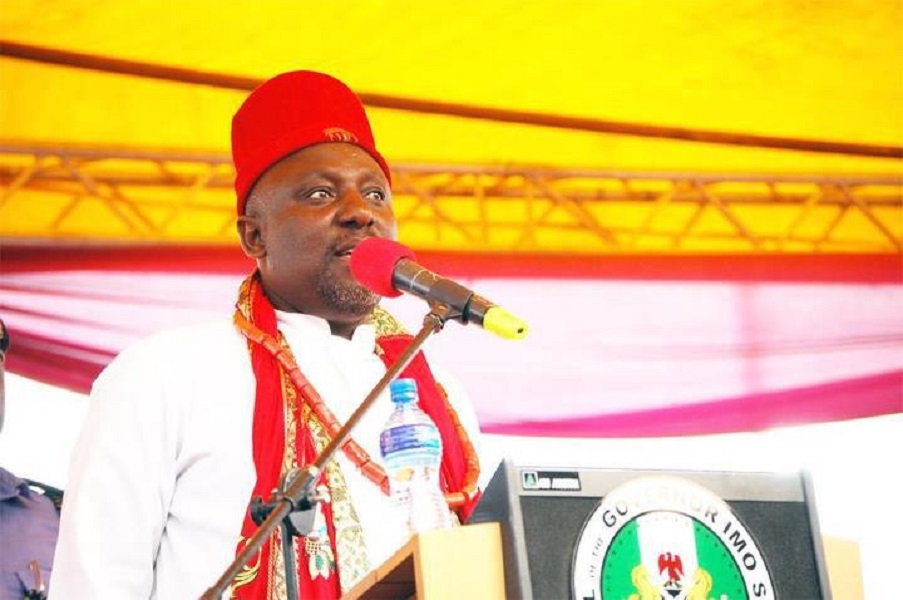 … abolishes excuses for adjournment of cases

The Imo State Government has concluded plans to sack judicial officers serving in the state following a stack discovering that majority of them are corrupt.
Investigation reveals that majority of the judicial officers, particularly those in the customary courts, who are in charge of such cases as lands and properties, regularly in engage in trading off cases for huge sums o f money from the highest bidders.
Speaking with journalists in his office in Owerri, the state Attorney-General and Commissioner for Justice, Mr Miletus Nlemedim said “my office on the directive of Gov. Rochas Okorocha has beamed its searchlight on the activities of the state judiciary.’’
“We can no longer condone any form of corruption, high handedness by any chairman or members of customary courts or a judicial officer.
“The public should be duly informed, and any member of the public with verifiable report against any judicial officer in the state should come up and if we get such report, we must ensure that such person is dealt with accordingly’’, he said.
Nlemedim warned against any form undue delay of cases, saying, to check undue delay of cases, his office has abolished excuse for adjournment of cases by any state counsel, saying “any state counsel indisposed to attend court should liaise with his or her colleague to ensure the matter is heard as selected.’’
He said that government was aware of the fact that the tenure of members of all the customary courts across the state had expired, adding “that is not enough reason for the members to now act as over lords.’’
The attorney-general noted that none of the serving members would be eligible to re-apply for tenure even as he hinted that arrangement had been concluded to dissolve and reconstitute them before ending of February 2017.
Nlemedim who doubles as the vice chairman of the Imo State Judicial Service Commission hinted that arrangements had been concluded to dissolve and reconstitute all the membership of customary courts across Imo.
It was learnt that all the serving chairmen and members of customary courts in Imo were appointed by the immediate past PDP administration headed by former Gov. Ikedi Ohakim in Imo.
Nlemedim also warned other judicial officers and workers to desist from any form of unwholesome practice, stressing
On last Friday attacked at Owerri High Court which led to the escape of a notorious kidnaper Henry Chibueze aka Vampire, Nlemedim said the state government had put necessary security measures in place to forestall the re-occurrence of such incident.
“Government has deployed more security personnel to protect litigants, lawyers, and judicial officers at all courts in the state.
“The governor had equally directed the state controller of prisons to ensure that it apply for additional security from the commissioner of police and department of state security anytime it has a high proffer criminal matter in court’’, he said.
Nlemedim further hinted that the state government was doing everything in her powers to ensure the re-arrest of all the fleeing bandits and urged Imo people not to panic over the incident.