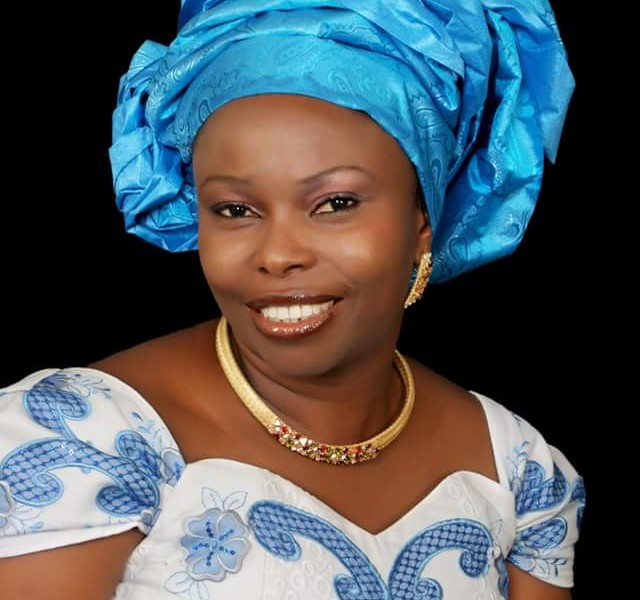 Federal Government has said the Rivers State House of Assembly is violating relevant portions of section 246 of the 1999 Constitution of Nigeria for refusing swear in Victoria Nyeche as the member Representing Port Harcourt Constituency 1.

Office of the Attorney General of the Federation and Minister of Justice stated this in a letter addressed to the Speaker of the State House of Assembly.

The letter signed by the Director Civil Litigations Dayo Akpata on behalf of the Minister of Justice said having investigated a petition on the matter and gone through all facts pertaining the election of Victoria Nyeche, the Rivers State House of Assembly must obey the constitution and immediately swear her in. 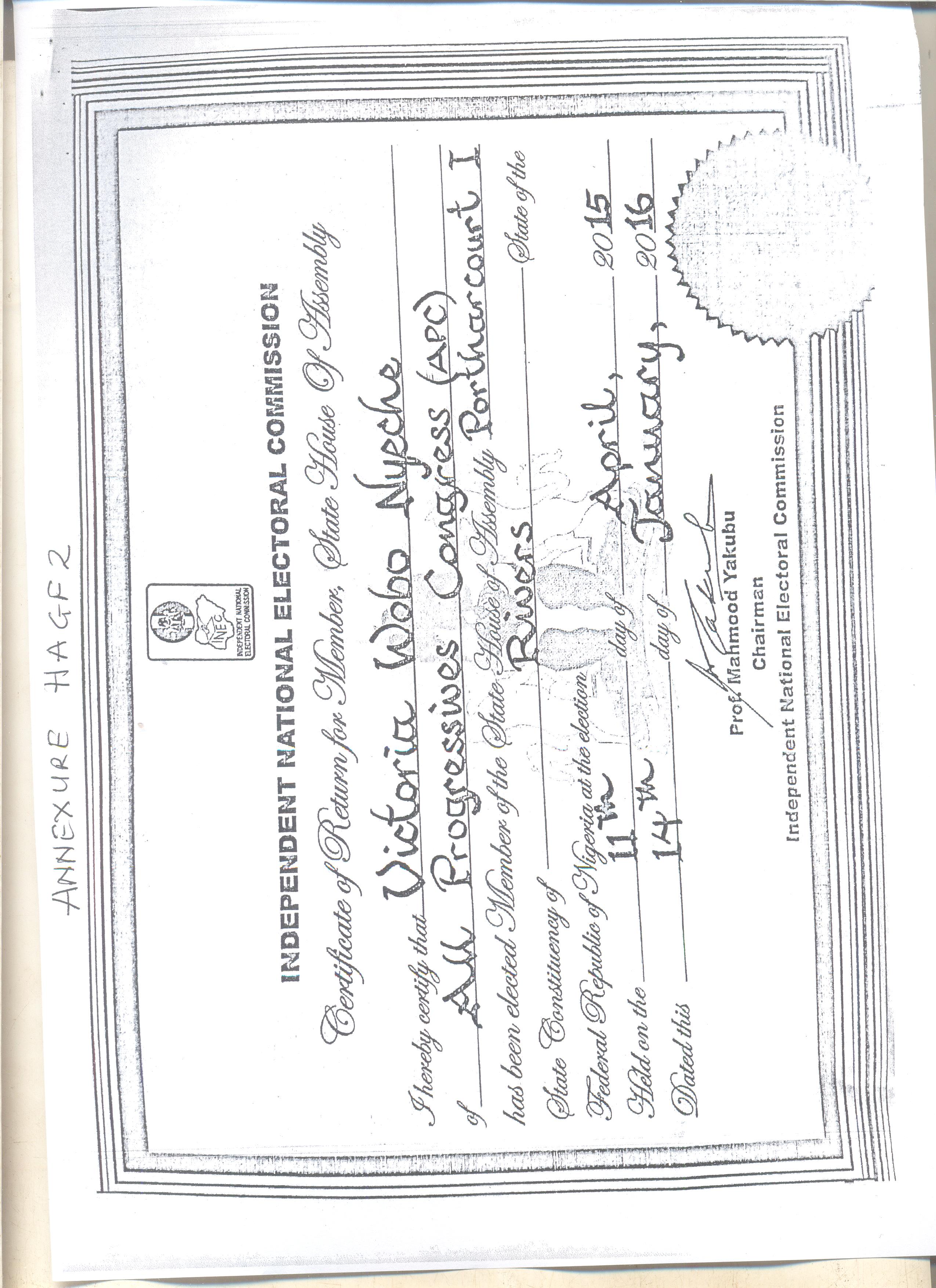 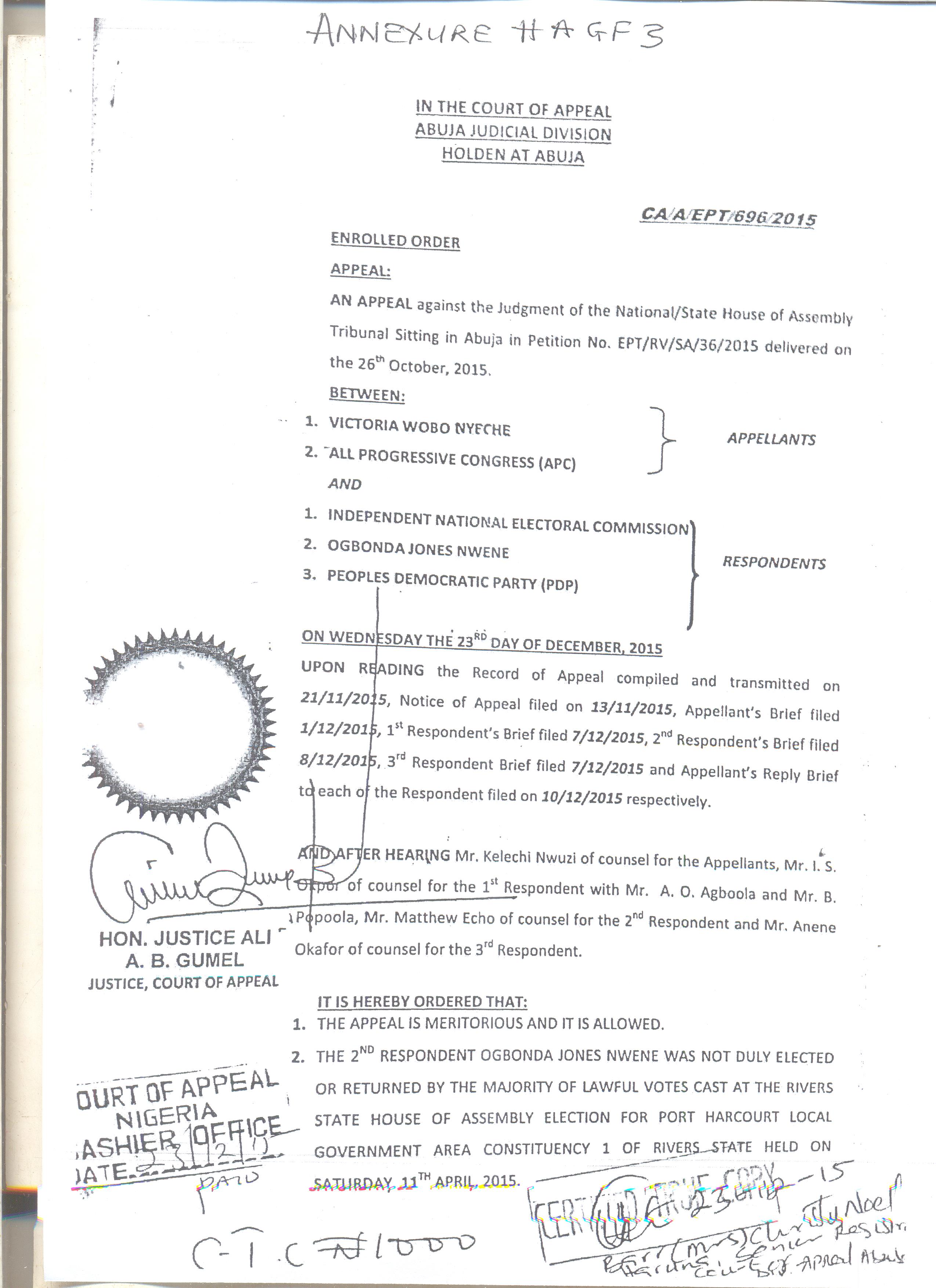 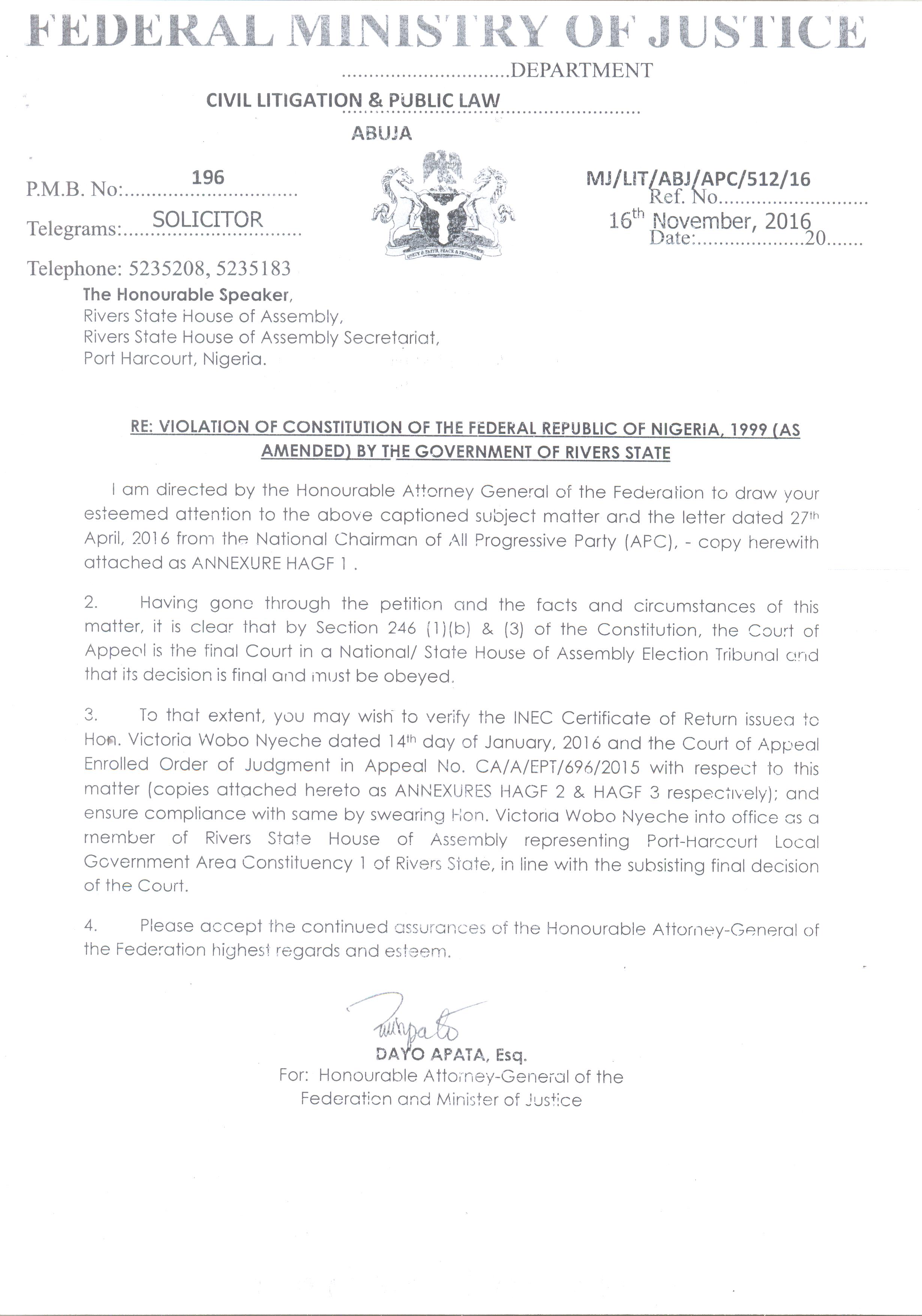 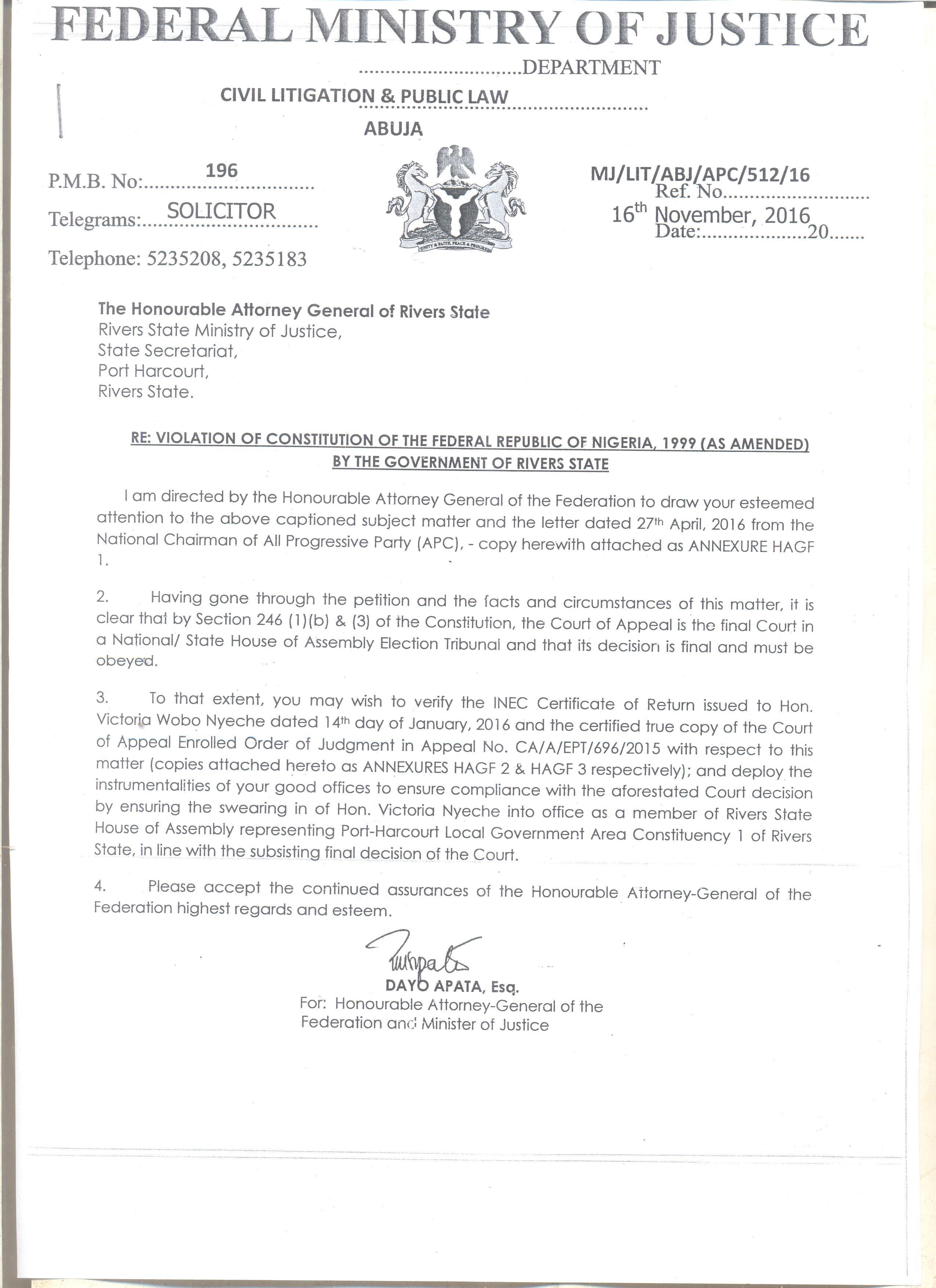 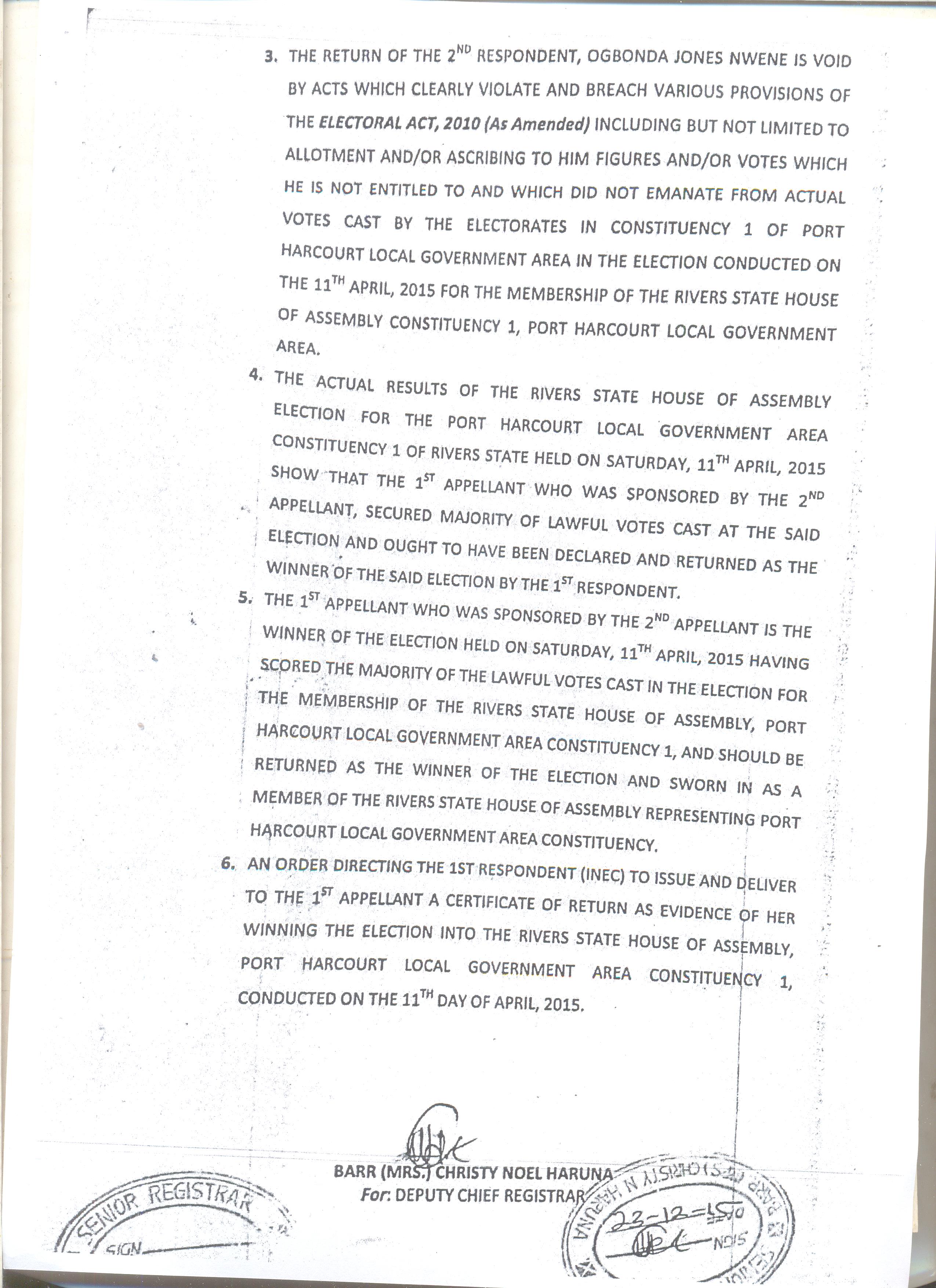