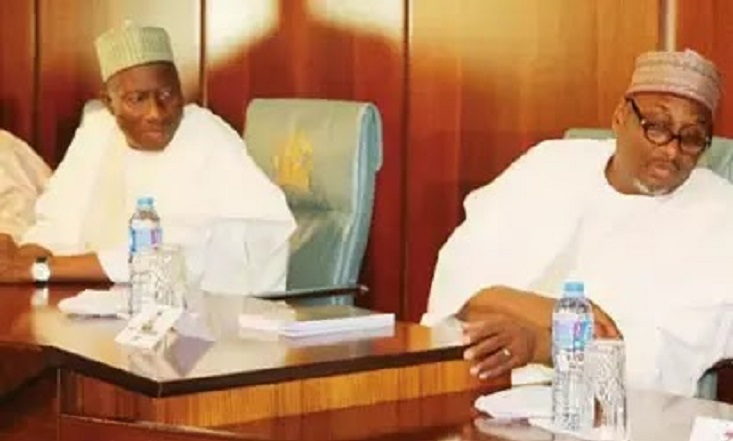 Information available to 247ureports.com indicates that the national chairman of the Peoples Democratic Party [PDP], Alhaji Adamu Muazu has escaped out of Nigeria to Morocco following the imbroglio brewing between in the PDP and the presidency.

However the chieftains’ [including the President] insistence on the removal of the Chairman and his national working committee has upped the stakes and the tune of the unfolding battle. Threats of convening an emergency meeting of the national executives of the party to initiate a move for a vote of no confidence became the order of the day for the party chieftains. Only the executive council can move a vote of no confidence.

According to a competent source who spoke to 247ureports.com, the party chieftains had concluded on calling for a vote of no confidence on the national chairman and on the national working committee.

In an effort to avert the impending vote of no confidence, the national chairman turned to a section of the PDP constitution which gives the power to convene an executive meeting solely to the national chairman. Through the said constitutional provision, Alhaji Adamu Muazu opted to make himself inaccessible in order to avoid having to convene an executive meeting. According to our source, Alhaji Muazu jetted out to his beach house located along the highbrow area of Casablanca in Morocco. “He pretended he was leaving for lesser pilgrimage“.

In lieu of the development, the chieftains of the party are reported to consider exercising other available options. One of the options includes tapping into the PDP constitutional provisions with allows for the President to convene a meeting of the national executives – on the condition that two-thirds of the executives sign off on the meeting. The other option is to abandon the PDP for the national chairman and the national working committee – and form a brand new political party.

Both options are being considered seriously by the party chieftains and the President. The party chieftain are reported to be financially up to the task to form a formidable stiff opposition against the Buhari led All Progressive Congress [APC]. The president is also reported to have shown an initial interest in exploring the feasibility of the formation of a new party – but our source revealed that the President wants to first explore the option of flushing out the national working committee. Should the attempt to sack the national chairman and his group fails, the second option of forming a new party becomes inevitable.