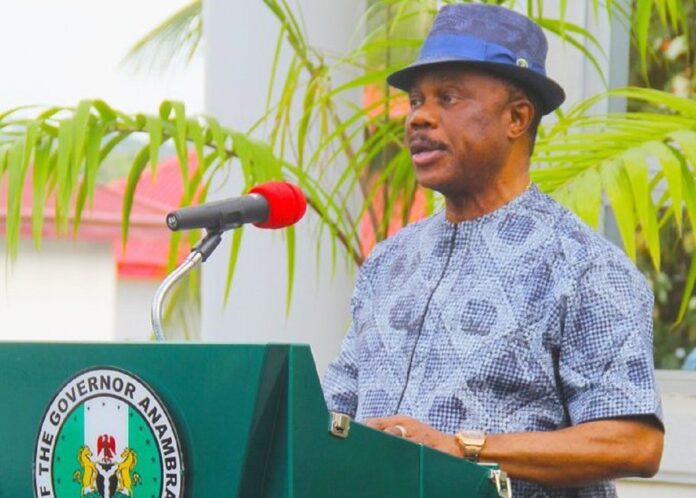 Following an upsurge in criminal activities in various part of Onitha commercial city in particular and Anambra state in general arising from the recent EndSARS nationwide protests, market leaders and authorities of Anambra Vigilante Services, AVG have given criminals operating in the state one-week ultimatum to quit the state or be prepared to face the consequences arising from their nefarious activities

They also gave all illegal revenue collectors 48 hours to leave the state or face the music as th state would not longer tolerate exploitation of law-abiding citizns in the name of revenue collection.

The warning signal s coming on the heels of the scarcity of policemen in strategic locations where these criminals operate freely without interruption since after the EndSARS protests.

Criminals had cashed in on the absence of the police in strategic locations in the entire commercial city and its environs since after the protests and dispossessed law-abiding citizens of their personal effects in areas like Upper Iweka, Nkpor Junction, New Auto Spare Parts, Nkpor, Oboi by-pass, Bridge-head and Fegge axis, using motorcycles nd tricycles.

Confirming the development, President-General of Bridge-Head Markets Amalgamated Traders Association, BHMTA, Sunday Obinze warned all illegal revenue collectors and criminals to leave the vicinity as according to him, apart from the government task force, the market has equally set up its own task force to clip their wings.

Obinze disclosed that the market leaders in the area are currently sensitizing the people against falling prey to the swindlers and criminals who he said would not be spared if caught in the act as their actions are sending negative signals to their customers coming to Onitsha from far and near.

In his own reaction, the chairman of Anambra North Vigilante Services, Chief Chinenye Ihenko (Okpompi), warned such illegal revenue collectors and other criminal elements to leave the entire commercial city and its environs or have themselves to blame.

Ihenko noted that the activities of these illegal revenue agents and some criminals who have been terrorizing customers in Onitsha have become too inexplicable that the AVG can no longer afford to fold its arms and watch them scare the customers away from coming down to Onitsha markets to buy their goods and services.

Distancing himself from such an act, he declared: “If anyone finds out that I, Okpompi, is one of those sending out those illegal toll collectors, I should be made to face the music, just like any other one found involved in the illegal act”.

Ihenko who spoke to newsmen in his office, yesterday shortly after the visit of the task force, disclosed that he had already addressed his men to brace up for the challenges ahead, particularly during the forthcoming yuletide season, adding that he had equally cautioned his men to be civil in carrying out their legitimate duties and to avoid misuse of firearms or manhandling persons unnecessarily.

“I have told my men to be careful because people are already psychologically deranged as a result of the COVID-19 lockdown and the EndSARS protests which made it possible for some people to become walking corpses looking for someone to die in their hands”.

The Divisional Police Officer at Fegge, Rabiu Garba, a Chief Superintendent of Police, CSP, noted that his men are combat ready to curb the activities of these criminals and illegal revenue collectors.

On the recently concluded nationwide EndSARS protests, Garba noted that he and his men were able to prevent the hijackers from attacking the Fegge Police station or harming an officer, adding that in turn none of his officers harmed any of the protesters.