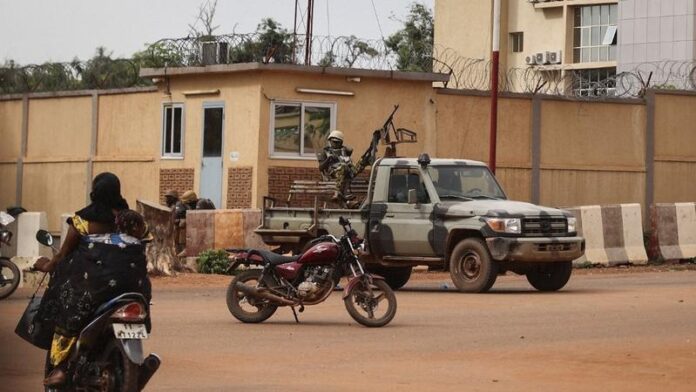 Islamist militants kidnapped around 50 women searching for food in Burkina Faso’s northern province of Soum, a hotbed of jihadist activity, on Jan. 12 and 13, the government said on Monday.

The women were kidnapped in separate incidents on Thursday and Friday as they foraged for food, in the latest attack on civilians by suspected Al-Qaeda and Islamic State-linked extremists.

UN human rights chief Volker Turk called for “the immediate and unconditional release of all the abducted women,” urging authorities to find and punish those responsible.

Landlocked Burkina Faso is one of the poorest and most volatile nations in the world.

Since 2015, it has been grappling with a jihadist insurgency that has killed thousands and displaced around two million people.

“As soon as their disappearance was announced, efforts were launched to find all of these innocent victims safe and sound,” Sahel regional governor Lieutenant-Colonel Rodolphe Sorgho said in a statement.

All means available are being used, in the air and on the ground, to find these women,” a security source told AFP.

“Aircraft are flying over the area to detect any suspect movement.”

Mr Sorgho said the women were seized on Thursday and Friday around Arbinda, in an area under blockade by jihadist groups and dependent on food supplies from outside.

While they were out looking for wild fruit, these wives, mothers and girls were wrongfully taken by armed men,” the governor said.

Several women managed to escape and return to their villages to raise the alarm.

Mr Turk said in his statement that this “could be the first such attack deliberately targeting women in Burkina Faso.”

A senior Burkinabe military officer, speaking on condition of anonymity, said the women’s disappearance was “the first really big kidnapping since the security crisis began.”

“Everything must be done to avoid a tragedy or a recurrence.”