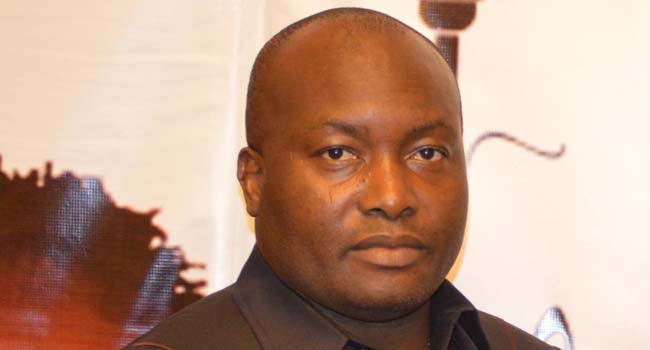 Advertisement
…wants security agents to fish out perpetrators
By Chuks Eke
The spiritual leader of the Igbo nation and Ogilisi Igbo, Chief Rommy  Ezeonwuka has placed a curse on those who carried out the recent attack on the convoy of the  Senator representing Anambra South Senatorial zone, Senator Ifeamyi Ubah at Nkwo Enugwu-Ukwu in Njikoka Local Government Area of Anambra state, saying that the gods of Igboland and the spirits of our ancestors would surely hunt them down.
He also placed the same curse on kidnappers, assassins and other criminals who have been terrorizing people in various parts of Igbo land.
In a press issued yesterday, via SMS, Ezeonwuka who vehemently condemned the assassination attempt, described it as a barbaric act which is never acceptable to humanity in general and in Igbo land in particular.
“Let me join million of well meaning Nigerians in condemning the assassination attempt made against Senator Ifeanyi Ubah at Nkwo Enugwu Ukwu by armed men which resulted in the sudden and unnatural deaths of Senator Ubah’s personal assistants, security aides and the Onowu of Nri community who was hit by the assassins’ bullet when he came to drop off his visitor”.
Ezeonwuka warned that those who have taken to killing their fellow Igbo brothers as their job should get ready to face more catastrophic way of dead with vulture eating up their dead bodies because God and nature made it clear that those who kill will die in a more horrible manner.
He also warned that those killing others with hope to go scot free are deceiving themselves because apart from the security agents going after them, the wrath of God who created humanity and nature are after them too, just as the wrath of gods of the land and the spirit of the ancestors are equally after them.
He lamented that the high rate of killings in Igboland by Ndigbo themselves has turned Ndigbo into a laughing stock to the outside world, noting that the respect that Ndigbo command from the outside world as people who love themselves, people who are their brothers’ keepers, people who are educated and hardworking is being eroded by negative activities of killings being perpetrated by violent criminals.
The spiritual leader however commiserated with the families of the victims of the attack, wishing them peaceful rest and called on security agents to work hard and fish out the attackers and deal with them according to the rule of law.