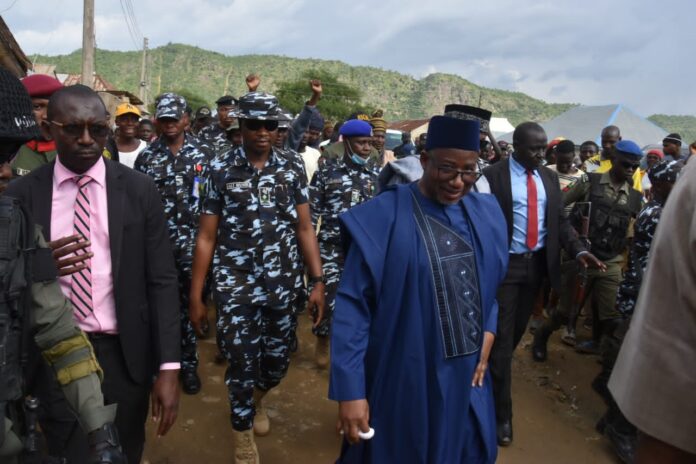 Bauchi State Governor, Bala Abdulkadir Mohammed has reiterated his administration’s commitment to strengthening the security of lives and properties of citizens of state, calling on the communities to be ready, prepare for defence against any attacks by bandits in their areas.

Accordingly, called on the traditional rulers to collaborate with security agencies by reporting any suspicious person, group or movement.

Mohammed made this known while interacting with stakeholders, traditional rulers and security agencies at Pali District Head palace when he paid a sympathy visit to the community on recent attacks by bandits in his home town Alkaleri over the weekend in Bauchi state. 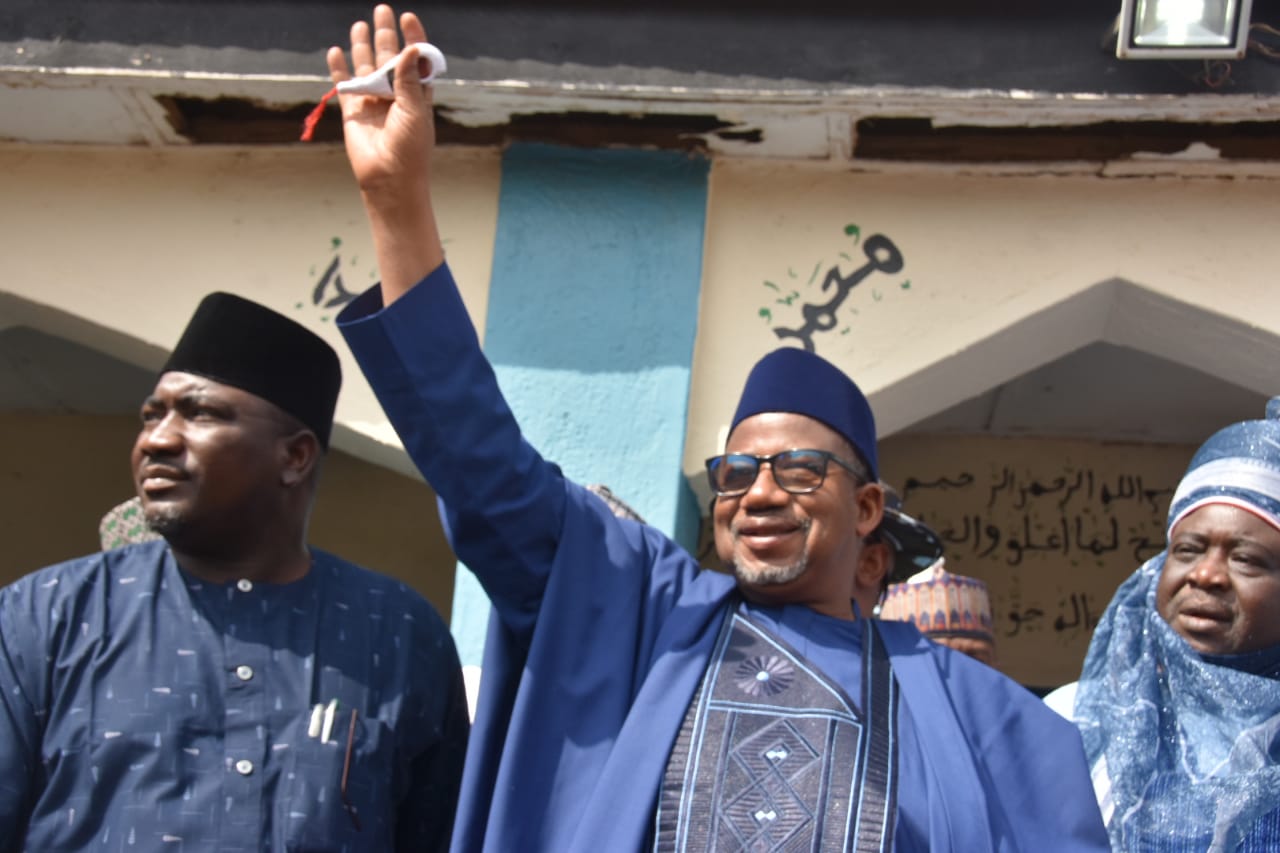 He added that his administration will continue to ensure criminals are crushed and dealt with, saying that protection of lives and properties of citizens and residents of Bauchi state remain his top priority.

While calling on security agencies to dilate their activities and patrol, said he would continue to provide them with necessary support in addition to entertaining community leaders in an effort to strengthening the security and promotion of peace and unity among the citizens.

In their separate remarks, the Executive Chairman of Alkaleri Local Government, traditional rulers and stakeholders applauded the governor for his prompt visit and intervention.

Similarly in Toro LGA, Governor Mohammed charged the Narabi residents to be circumspect and fish out perpetrators, “saying peace is our identity

He called on the citizens and residents of the state to be vigilant by providing security agencies with necessary support in the fight against terrorism, violence and division.

Mohammed made the call while in Narabi community of Toro Local Government Area while sympathizing with the family of a girl who was kidnapped and later killed by her abductors.

According to him, peace remains the identity of Bauchi State, hence the need to ensure criminals and perpetrators are fished out with the support of community leaders and residents adding that his administration remains committed to keeping lives and properties of citizens safe and secured.

He called on security agencies in the state to ensure criminals are defeated said saboteurs of security and unity of Bauchi State will neither be forgiven nor entertained.

The Governor was accompanied by top government officials, security agencies and stakeholder and traditional rulers.