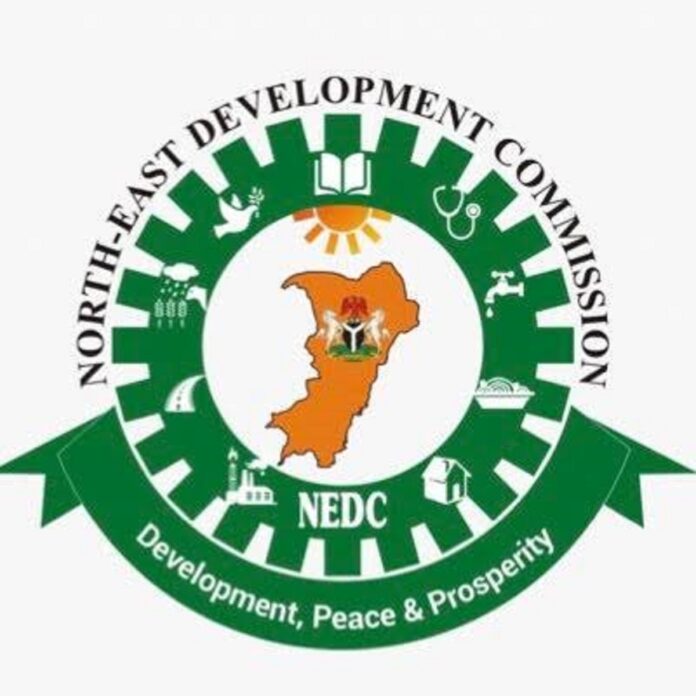 The Coalition of Gombe Youths and Elders Progressive Forum (CGYEPF) has commended the North East Development Commission (NEDC) for its laudable intervention initiatives introduced in the North-East region especially the newly launched an Education Endowment Fund and a Scholarship Portal in Gombe State.

The group said thus clearly shows the determination of the Commission to help people of Gombe State and North-East geopolitical zone in exploring their potential for positive contributions.

The Forum gave the commendation in a statement titled “Gombe Elders and Youths are Happy with NEDC successes in the region” and signed by National Chairman of the Alhaji Salihu Magaji,which was available to newsmen in Bauchi today Monday said that the Managing Director of the Commission Mohammed Goni Alkali ,proved to all that he is now and indigun of Gombe, abscww have nothing to reward his love , patience ,priority and numerous assistance to Gombe citizens it touches their life .

He said the communities are looking for away to honor the MD because of his laudable achievements.

The Youth Forum, said that the commission of the NEDC is one of the Pillars and successes of the present administration under the leadership of President Muhammadu Buhari, adding that as a result of its laudable achievements, recorded in Gombe State and other part of North Eastern state, it has proven that the country is being led in the right direction. The youths and elders said that the commission has fulfilled its mandate in the areas of education ,rehabilitation and reconstruction of roads, houses and business premises of victims of insurgency as well as tackling the menace of poverty, illiteracy, ecological problems and any other related environmental and development challenges. “The NEDC under the leadership of its chairman, Alhaji Goni Mohammed Alkali has continued to carry out the mandate assigned to it by the Federal Government.When one considers the decay in infrastructures across the country and the bureaucracies that hinder the smooth operations of many government agencies, one will marvel at all the successes recorded by NEDC in such a short of one year” “Since the appointment of the Managing Director of the North East Development Commission (NEDC) Alhaji Mohammed Goni Alkali, he has succeeded in coordinating, harmonizing, overseeing many interventions and initiatives in the Northeastern states through effective managerial skills” “NEDC under Alkali is a leading horse in different rescue missions and initiatives of the Federal Government when it comes to changing the narratives of the people of North-East that have been bedevilled by a lot of challenges ranging from Insurgency, banditry and kidnappings, which has caused untold hardship on the people. NEDC has recorded progress by bringing relief and peace to the region”

Magaji appreciated President Muhammadu Buhari for establishing the NEDC which has been contributing immensely to improving the lives of citizens in the region. He said that ever since the establishment of the NEDC, the commission has pursued its mandate vigorously to ensure capacity building and human capital development, reduction of the high illiteracy rate, and extreme poverty of the region among others.“The commission has also empowered many farmers by providing them with agricultural machinery and equipment, seeds, fertilizers, agrochemicals, extension services and other logistics given annually under a programme tagged; Integrated Agriculture Programme (IAP). Its programme covers the whole 112 LGAs in the Northeast,” the statement read. Magaji said the Scholarship scheme will help students in the geopolitical political zone to get more access to education and it will rase the way of going to school in the region.

You would recalled that The North East Development Commission (NEDC) recentky launched an Education Endowment Fund as well as a Scholarship Portal in its determination to help people of the North-East geopolitical zone in exploring their potential for positive contributions. The NEDC also launched a block of three classrooms in Government Day Comprehensive Junior Secondary School, Kwami, Kwami Local Government Area of Gombe State as a pilot scheme to be provided in each of the 11 Local Government Areas of Gombe State. The Commission provided a new set of 500 KVA Generators to the Federal Teaching Hospital, Gombe.