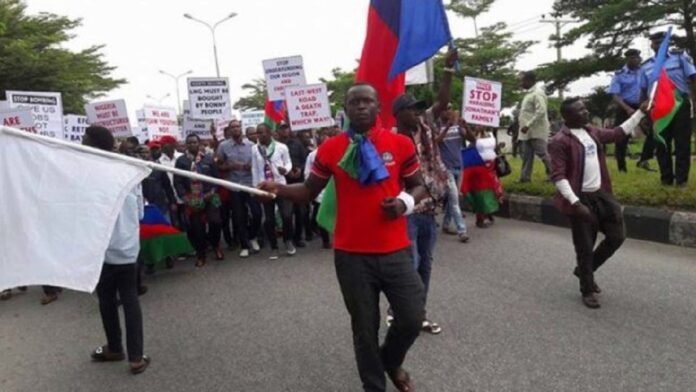 The unfortunate utterance of governor Wike in Ogoni on the Ijaw Nation claiming ownership of the Niger Delta is not only low of him but an insult to the hand that picked him to be governor of rivers state.

The Ijaw political Frontiers through its spokesman Bedford Berefa noted that the public outburst of Wike clearly shows his disdain and disregard for the efforts of the Ijaw People in his emergence.

According to the group this statement is capable to cause ethnic crises in the state thereby advises governor Wike to thread cautiously for no man is an Island. The governor should not forget in a hurry the midnight meetings he held with the Rivers Ijaw people begging for mandate but today you are tactically playing against the same Ijaw people.

We are not claiming ownership of the Niger Delta but Wike should not deny the fact that we pioneered the resource control drive that has in turn established NDDC, PAP and the likes which has benefitted the Niger Delta. The NDDC has played host to other ethnic divide without rancour our only submission in recent times has been constitute the board as prescribed by the constitution in accordance to the already established zoning precedence.