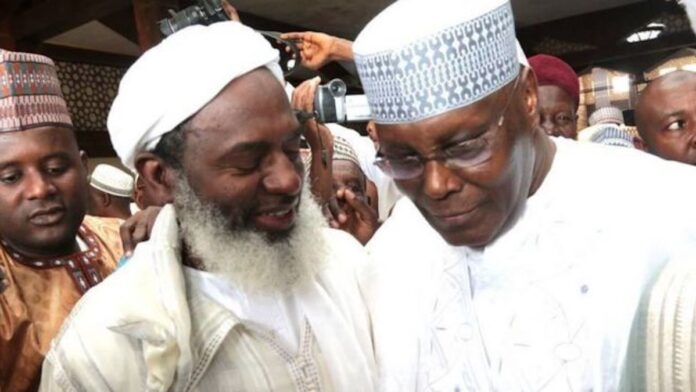 The sudden emergence of banditry via the activities of the armed Fulani herdsmen in Nigeria has become quagmire for the Buhari administration and for the security architecture in the west African communities who have also suffered bloody attacks in the same manner many communities in Nigeria suffered. Combating the activities have proved a herculean task. Its origins and causes have also posed a puzzle for the intelligence communities who find themselves battling the scrooge without the necessary tools required to effectively accomplish the task.

Investigation by 247ureports.com into the causative factors and why the scrooge of banditry remains a reoccurring decimal in the Nigerian lexicon revealed a potentially eye popping conclusion. In summative terms, the findings point to directly at operators within the Nigerian security community as the arrowheads. Information gathered through a consortium of sources comprising largely of security experts and persons from the intelligence community strongly suggests Dasuki Sambo, the former National Security Advisor [NSA] to Presidents Muhammadu Buhari and Goodluck Jonathan to be the man behind the curtain. Dasuki Sambo is believed by highly placed security officers to be the arrowhead financing the activities of the bandits.

As a caveat, Dasuki Sambo was arrested by officers of the State Security Service [SSS] on December 1, 2015, seven [7] months after the newly sworn-in President Muhammadu Buhari. The ground-breaking arrest came after intense surveillance of Dasuki Sambo’s clandestine activities for over seven months.

Prior to Sambo’s arrest – during the period he served under the then President Goodluck Jonathan as the NSA, he cornered and/or horded huge sums of budgetary allocations earmarked for the war against Boko Haram. Billions of Naira were earmarked towards the war – including the purchase of weapons and the upkeep of Nigerian soldiers who were engaged at the war theatre. Sambo held onto the money – and allowed the soldiers engage boko Haram without the required tools of war. The money intercepted by Sambo was discovered at his home upon his arrest by the SSS.

The surveillance uncovered what led to Sambo’s arrest. It uncovered Sambo was actively plotting overthrow of the Buhari administration. Using the monies horded from the Jonathan regime, Sambo was recruiting would-be bandits and active servicemen. He was also involved in the purchase of sophisticated war weapons [-of which later found their way into the arms of the bandits], communication gadgets, motorcycles and Toyota Hilux pickups.

Dasuki Sambo has had a history of overthrowing governments in Nigeria. In the early 1980s, he was among the key players in the coup that toppled the democratically elected government of Shehu Shagari/Alex Ekwueme. The coup brought the government of Muhammadu Buhari/Tunde Idiagboh. The same Dasuki Sambo played the key role in the coup that toppled the Buhari/Idiagboh government – which brought the government of Ibrahim Badamosi Babangida to power. Dasuki Sambo became the ADC to Babangida. During the Sani Abacha, he was summarily chased out of the military under the allegations of attempting to overthrow the Abacha government. Dasuki Sambo escaped to the United States of America [USA] in 1993 – only to return in 2001 to serve briefly under the Olusegun Obasanjo administration.

In June 2012, Sambo was appointed NSA by the Jonathan administration following the unceremonious sacking of the then NSA, Owoye Andrew Azazi – who sections of the country believed was not adequately executing the war against the Boko Haram. The Jonathan administration was faced with a situation that called for convincing action against Boko Haram. The Nigerian government was losing the war to Boko Haram. Dasuki Sambo, as the son of a former Sultan, was expected to positively impact the war on Boko Haram. It was also hopeful boko haram would ease up on attacks in light of the new NSA.

Intelligence sources reveal Dasuki Sambo was actively undermining the Jonathan administration – in the lead up the presidential election of 2015. The military and other security formations were starved of their requirements – intentionally. N2.1billion was released to the NSA – for use to conduct the war on Boko Haram. Sambo seized the money.

With the arrest of Sambo and detention by the SSS on December 2015, and his release on December 24, 2019, the activities of the bandits – which the Nigerian intelligence uncovered he was recruiting –  threw into gear. Their operation began and grew quickly – hitting strategic locations – utilizing tactics that rendered them difficult to detect.

Sambo’s friend and course mate, Ahmad Abubakar Gumi, a Muslim cleric and a former Nigerian military personnel [He rose to the rank of Captain before deserting the military] suddenly appeared in the public scene as the spokesperson of the bandits and their advocate. Gumi is the son of Late Shaykh Abubakar Gumi who was among the key players in the Islamization of northern Nigeria under Sir Ahmadu Bello.

It is gathered Gumi in tandem with Sambo joined forces to destabilize the government of Muhammadu Buhari. Gumi is said to have an axe to grind with President Buhari. And Gumi has been opportune to gain the unfettered access to the Presidential villa as he wants. The same is the case with the government of Kaduna State – Nasiru El Rufai administration. Available information indicates both Gumi and Sambo focused their attacks in Kaduna State to latch on to the already tensed religious relationship. They wanted to ignite the tension to set the State on fire – thus destabilizing the Kaduna government and hopefully the entire north west. Through the numerous attacks at sensitive locations in Kaduna, the government of Kaduna State refused to play into the Gumi plan. They refused to give audience to Gumi and his men.

Beyond Kaduna, Gumi and his bandits have launched repeated attacks on Zamfara State, Katsina State, Niger State among others – including military bases that resulted in deaths of servicemen. While the Bandits continued in their attacks, the Nigeria populace have cried to the Buhari administration to curtail the attacks. And in turn, the Buhari administration intensified the attacks on bandit hideouts. In reaction, the Muslim cleric warned that the intensification of attacks will only results in more attacks by the bandits. He requested for the bandits to be accorded the same treatment as freedom fighters in the likes of Niger Delta militants. This is as Gumi was visiting the hideouts of the bandits distributing foods and money to the them – openly.

See video below. The speaker in the video spoke in Hausa language. He expressed disgust with Gumi’s association with the bandits. He said Gumi was not a true Muslim.