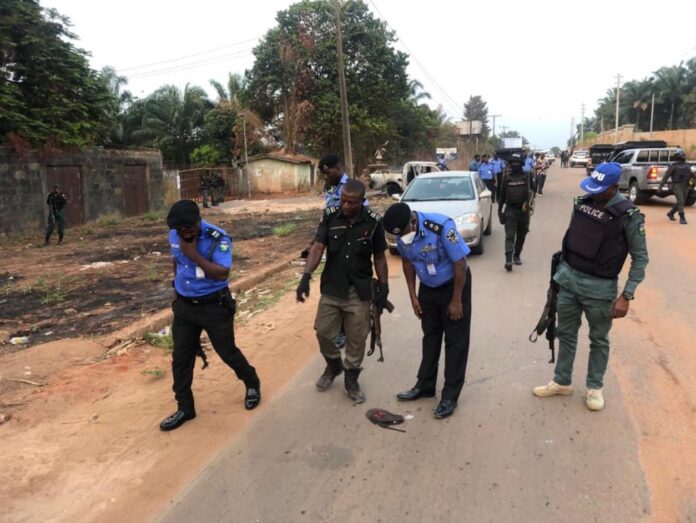 Nigeria is presently battling through the divides of ethnicity and tribalism as the spat of insecurity spreads from the northern regions into the south east regions. This is the northern dominated security architecture appears ambivalent to ameliorating the growing spread of violence into regions outside the north. Information available to 247ureports.com obtained from a consortium of sources reveals the increased spat of violence in the south east region to be perpetuated and sustained by elements within the Nigerian security architecture.

“Why should we help them” cried one of the top security officials. “Let them kill themselves”. He continued while explaining that insecurity has devastated the northern regions to the point where virtually all foreign and local investments took flight out of the region. “Let them enjoy what we have been enjoying.”

Since the inception of violence in the north eastern part of the country, the security apparatus of Nigeria have used the region as punishment to its erring officers – that is to say, officers who have lost favour are dispatched to the north east to face the Boko haram or to the north west to face the Fulani bandits. But with the new violent front in the south east, the leadership of the security structure have also included the region as one of the regions to post erring officers who may have fallen out of favour with their seniors.

According to our source, there will be an increased influx of sophisticated weapons into the region as the Anambra election nears. It would be aided by state actors who have vested interest in sustaining the unfolding violence. Weapons such as those in the possession of bandits and boko haram will placed in the hands of splinter groups. These group would be formed and financed by state actors. Their sole objective would be to sustain insecurity in the region.

The attorney general to the federal government’s recent knee jerk declaration that he may declare a state of emergency in Anambra, according to our source, falls into the broader game plan behind sustaining the killings in the state. Our source notes the quick reaction by the State Governor of Anambra State nipped the planned action in the bud temporally. The governor’s action was based on available intelligence report indicating sinister motives behind the insecurity in the region.

The Indigenous Peoples of Biafra [IPOB] who are widely believed to be responsible for the violence in the region have repeatedly denied being responsible . the IPOB have pointed to the DSS as being the party committing the killings and violence in the effort to portray the IPOB as a terrorist group. The Governor of Imo State, Mr. Hope Uzodinma had stated the violence in Imo State was not caused by IPOB. The Governor spoke based on his access to classified information. He indicated the violence was perpetuated by political actors. Other leaders within the region have also made similar declaration.

Meanwhile within the security architecture, there appear anger and disaffection. The feeling despair has enveloped the many officers owing primarily to tribalism and religious affiliation. Some of the officers who spoke to 247ureports.com disclosed many within them remain in service just as a means to sustain their families. “We don’t have better alternatives. We are not ready to re-enter the labour market at this age”.