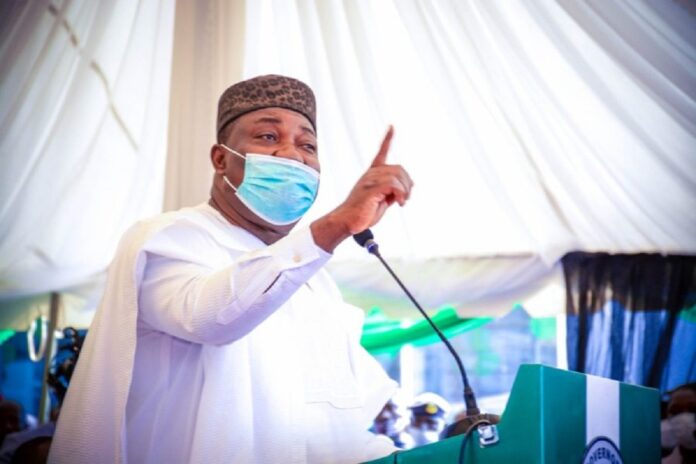 Enugu Youth Coalition has reacted to claims by the former Minister of Aviation, Chief Femi Fani-kayode that the governor of Enugu State, His Excellency, Rt. Hon. Ifeanyi Ugwuanyi is planning to defect from the People’s Democratic Party, PDP to the ruling All Progressives Congress, APC.

In a statement released to newsmen in Enugu on Friday by the national coordinator of the group, Dr. Edwin Obune, the group said, Governor Ugwuanyi is a “beautiful bride that many men would wish to have as wife” because of his unprecedented achievements and the good leadership qualities displayed so far in the state but would like Nigerians to leave him out of partisan matters because there are still many people to be lifted out of poverty in the Coal City.

While political parties are platforms for ascending to power for the sole purpose of delivering good governance to the people, we however believe that it is an abuse of office for anyone to abondon this major responsibility and start dissipating energy on partisan matters when there are still battles to be won against poverty, unemployment, Covid-19, youth restiveness and other challenges that confronts our people on daily basis.

For us in Enugu, we see no difference between APC, PDP, APGA, YPP or any other political party whatsoever but our major concern is better deal for our people and this political maturity should not be misconstrued to mean that the governor is more interested in partisan matters than delivering good governance to Ndi-Enugu.

The governor is our illustrious son and we are satisfied with the dividends of democracy he is delivering to our people irrespective of party affiliation.

Therefore, we would not like anyone to distract him with partisan talks at the moment because the future of any politician is in the Hands of God and not in the hands of any man or political party as the case may be.