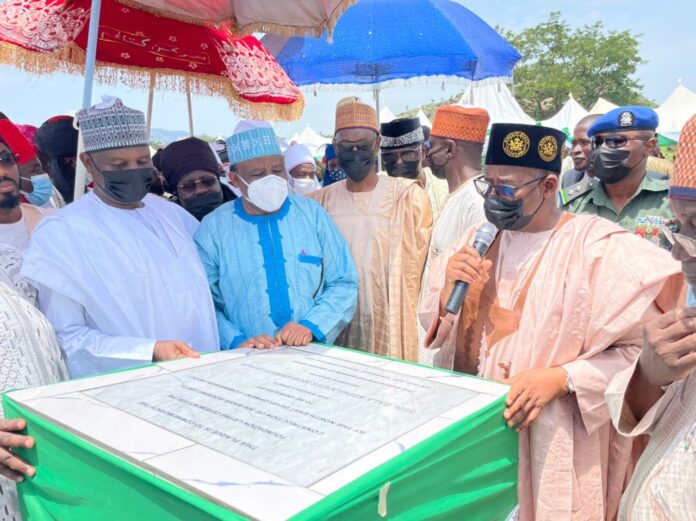 His Excellency, the Executive Governor of Bauchi State, Senator Bala Abdulkadir Mohammed has today performed the official laying foundation of the mass housing project with the support from the North East Development Commission(NEDC).

Speaking shortly before the ceremony, Governor Bala said the occasion underscores the NEDC’s desire to providing affordable shelter to a common man.

According to Governor  Bala his administration’s objectives include provision of decent, qualitative and affordable houses to citizens of the state.

While commending the NEDC, the governor said his administration has since embarked on an ambitious massive housing project in collaboration with Family Homes Fund which is a subsidiary of the Federal Ministry of Finance.

He added that, the distribution of the food and non-food items by the Commission will provide not only shelter, but other basic needs of the people, urging the beneficiaries to make good use of them.

Bala Mohammed appreciated the Commission for its commitment towards uplifting the living conditions of the people of the North East region through the provision of infrastructural facilities and other social amenities.