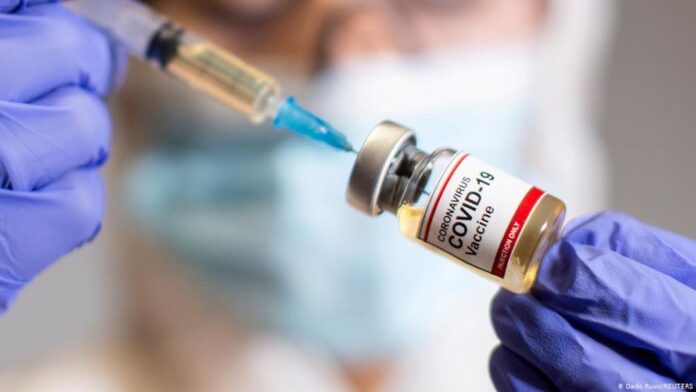 With all things Africa gets it worst, and even in 2021 the continent remains openly discriminated against and the garbage dump of the world. If not a disregard for African lives, what other reason explains the dumping of the worst performing vaccine on Africans? One with a label that says “not for use in Europe and America.”

The AstraZeneca vaccine, mass produced in India that the Bill and Melinda Gates’ GAVI Alliance in cahoots with the WHO “so generously” dumps on the continent, is reported to be merely 67% effective against the Delta Covid variant, and 66% effective against the Alpha variant. This is a “D” academic rating as compared to Pfizer’s shot which reports 88% effectiveness at preventing symptomatic disease from the Delta variant, and 93.7% against the Alpha variant. Scoring a “B+” for the Delta and “A” rating for Alpha Covid.

Africa’s India-made AstraZeneca vaccine code named “Covishield” is apparently so horrible, Ifeanyi Nsofor complained about its being discriminated against even for travel purposes in an article in NPR this June:

“I’m fully vaccinated. I want to travel to Europe. And fully vaccinated visitors are welcome. But I can’t get in. That’s because the vaccine I received is not on Europe’s list of four approved vaccines: Pfizer, Moderna, Johnson & Johnson and Oxford-AstraZeneca,but only the version manufactured in the United Kingdom or Europe and known as Vaxzevria.”

The question is, with modern technology enabling the mass production of the better performing vaccines which are now in such abundance, reluctant westerners are being begged to get their jabs, why are these better performing vaccines not offered to eager Africans? Money? Does money have to play a role in the humanity of the human race even when it comes to lethal disease?

We recollect that within weeks of Ebola hitting the US, the epidemic suddenly gained the proper attention and was curtailed. HIV which is not a major problem of the western world, but ravages Africa, has not received any significant attention and as can be expected never had a vaccine produced because the “loving West” never pre-bought 500 million doses from the big pharmaceutical companies to spur their rapid development of vaccines. Simply put, it is not their problem.

We must thank natural immunity — perhaps an abundance of sunlight, or a less sanitary environment which encourages an active immune system, or perhaps the judicious use of zinc and various unproven vitamins, for the survival of Africans during the almost 2 years Covid has been on rampage. Sacrificed and abandoned by the advanced world, may God not abandon Africans.