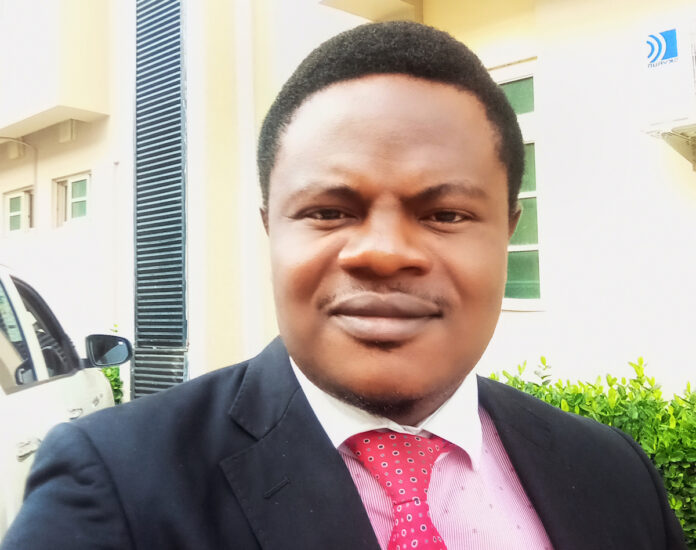 The referral of the name of Ms. Lauretta Onochie to the Senate Committee on Independent National Electoral Commission (INEC), on her nomination to serve as National Commissioner in INEC, has again caused a stir and concern in the manner in which the Nigerian Government seeks to carry out its appointment of persons (loyalists) into positions in Nigeria. We had thought that the Senate President had discarded this nomination since October, 2020, until it reared up its head on the floor of the Senate during plenary this past week.

The President had in a letter dated 12th October, 2020, to the Nigerian Senate, sought the lawmakers’ confirmation of the appointment of Ms. Lauretta and 3 others as INEC Commissioners. The letter was read during plenary by the Senate President, Ahmad Lawan. Following the presentation of this letter on the floor of the Senate, series of petitions were written to the Senate, querying the said nomination, having known Ms. Lauretta to be a staunch loyalist and supporter of the President and of the APC led administration. The several petitions that trailed the nomination led the Senate to remain silent on the said nomination for several months. However, on Tuesday, 8th June, 2021, 8 months after the initial nomination letter was presented at the floor of the Senate, the nomination of Ms. Lauretta and 3 others, as INEC National Commissioner was referred to the Senate Committee on INEC. This again has caused another stir in the polity as several petitions have again followed the said referral.

Ms. Lauretta currently serves as the President’s Personal Assistant on Social Media. She has been known to be extremely vocal in her support for the President. She has also been known to make direct statements that cast aspersions on opponents of Mr. President or the APC led administration. These have caused the various uproars against her appointment as an INEC National Commissioner, which the Senate seem to want to turn a deaf ear to.

Factors that stand as impediments to Ms. Lauretta’s appointment

“a member of the commission shall be NON-PARTISAN and a person of unquestionable integrity.”

Section 14(3b) of the same Schedule provides thus:

“there shall be for each state of the federation and the Federal Capital Territory of Abuja, a Resident Electoral Commissioner who shall be a person of unquestionable integrity and shall not be a member of any political party.”

The provisions here are clear and unambiguous and should be given their ordinary meaning.  Although there might not be an available record as to whether Ms. Lauretta is a card carrying member of the All Progressive Congress (APC), she has been known to be a robust supporter and advocate of the APC and the Buhari led administration. Since her appointment as Personal Assistant to the President on Social Media, Ms. Lauretta has been very vocal in her support for the President. A close perusal on her social media posts, available on https//www.facebook.com/laurestar1, confirms that Ms. Lauretta is a staunch and subsisting devotee and proponent of the APC led administration. Her daily post parades the activities of the administration of President Buhari as well as defends every of their action, no matter how bizarre it is. Furthermore, her few interviews on live TV have also shown her strong bias for the sitting government.  How then do you appoint such a loyalist to now serve as an umpire between the administration she vehemently supports and the opposition? A very close reference to her ardent support for the administration was during the electioneering campaigns, preceding the 2019 general elections in Nigeria. Ms. Lauretta was very vocal against the candidacy and person of former Vice President, Atiku Abubakar, who was vying for the seat of the Presidency (against her incumbent boss, President Buhari), under the auspices of the People’s Democratic Party. She made several tweets vide her official twitter handle, available at https://twitter.com/Laurestar?ref_src=twsrc%5Egoogle%7Ctwcamp%5Eserp%7Ctwgr%5Eauthor (operational before the suspension of twitter in Nigeria), wherein she alleged that the former Vice President Atiku Abubakar was on the UAE watch list. Again, on 20th May, 2019, vide her official facebook page, available at https//www.facebook.com/laurestar1 with facebook name ‘Lauretta Onochie’ Ms. Lauretta made several depreciating, uncourt, disparaging and debauched statements about the former Vice President, all in a bid to exasperate the aspiration of the former vice president against her paymaster. The statements were so irksome that the former Vice President was compelled to commence an action in libel against Ms. Laureta at the High Court of the Federal Capital Territory, Abuja. The said action is still pending before Honourable Justice Orji of the FCT High Court.

How then will a person who has shown open bias for one political aspirant and for a party against another, stand to be the referee officiating between them in the field of play? Does that make any sense in a reasonable and responsible society? The nomination of Ms. Lauretta Onochie as INEC Commissioner can be likened to a situation, where the Nigerian Football Federation (NFF) nominates Ahmed Musa (Captain of the Nigeria National football team), as a referee in a football match between Nigeria and Cameroun. Appointing Ahmed Musa is faulty, not because he will do a bad job, it is faulty because he has a tremendously close tie and subsisting relationship with the Nigerian National team. A Nigerian would not even be appointed to referee such a match, how much more, a member of the National team. This is the gaffe the government is seeking to do by nominating Ms. Lauretta as a Commissioner for INEC

Ms. Lauretta fails the test of being non-partisan on all fours. The summation of the entire argument is that she does not in any figment of imagination, qualify to sit as an INEC Commissioner. Her nomination as an INEC Commissioner should have never arisen at all in the first place. In the event that Ms. Lauretta is appointed as nominated by Mr. President, even if she performs excellently in her duty post as an INEC Commissioner, the blemish of being rigorously involved in partisan politics, especially in support of one political party’s candidate against another, would always remain a clog in the wheel of justice in the eyes of every reasonable thinking member of the society. It is therefore reasonably expected that the Senate Committee on INEC and the entire Senate should judiciously consider these barricades raised and refuse the nomination of Ms. Lauretta once and for all and discard same to the bottomless pit of oblivion. This is not the first time such rejection will happen to a candidate due to his involvement in politics by this same committee. In October, 2019, there was the similar case of Mr. Olalekan Raheem, a “former” member of the APC, who admitted before the Senate Committee that he contested for the chairmanship of Osogbo local government in 2013. He also admitted that he was the Director General of a political aspirant in 2017. Although he said he had stopped attending political functions, the Senate committee had to stand down the nomination of Mr. Olalekan Raheem based on several petitions written against him on the grounds that he was involved in partisan politics. The same rule should ordinarily apply to Ms. Lauretta without much ado.

The rules are clear and should be adhered to strictly. It is nothing personal, it is not just correct. Once you have chosen a side of the divide, stay fixed to that side. Being partisan and non-partisan is not the same thing as cross carpeting from one political party to another (typical of Nigerian politicians). You don’t jump ship in this matter. You can move from being non-partisan to partisan but it does not work vice versa. Ms. Lauretta cannot serve as a litigant and a judge at the same time. The senate committee on INEC should do the reasonable thing by refusing her nomination.

Akintayo Balogun Esq., LL.B (Hons), BL, LL.M, is a legal practitioner in private practice and based in Abuja, FCT. A prolific writer, public affairs analyst and commentator on national issues.