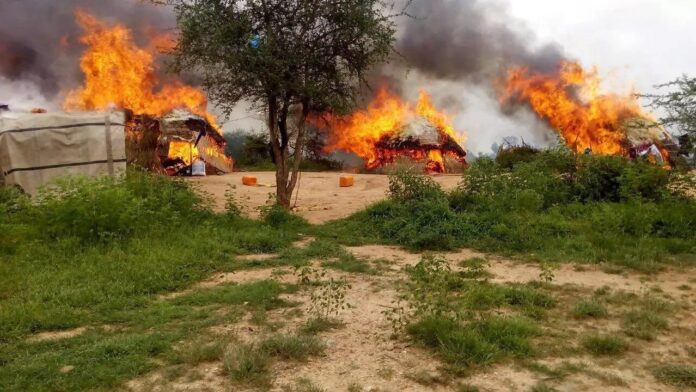 The menace of endless killings in select regions of Nigeria appear to continued unabated. This is as twelve more persons were slaughtered in Kuru, a community located in Jos South Local Government Area [LGA].

According to on the ground information received by 247ureports.com, the attackers, suspected to be Fulani killer herdsmen, attacked the community by 9pm. The attack concentrated in an area known as Shol along Maraba Jama’a. The killers wore long black coats armed with automatic rifles. “They were young men”.

Yesterday’s attack was not the first time the community of Shol was hit by the killer herdsmen. In May 2021, the community was attacked resulting in the death of eight persons. The attack occurred about 500meters from the location of the current attack.

Prior to last night’s attack, resident sighted the presence of soldiers in the Shol area. “We saw them. They came to drink” said a resident in the area who explained that the soldier numbered about 7 or more. They were young men. “It was around 5pm that we saw them. We did not make anything out of it. Only that they don’t normally come to our area”.