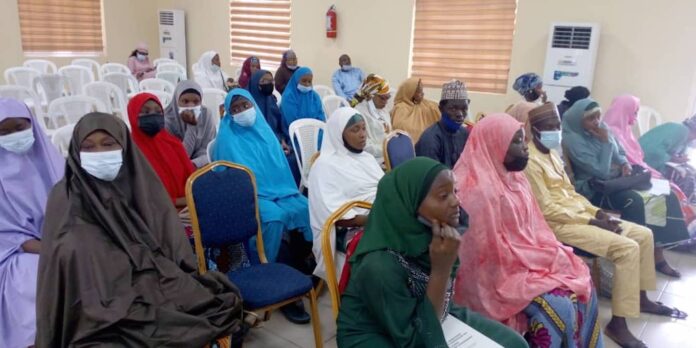 The Executive Director (ASHHF) Mrs Comfort Attah made the disclosure at the end of the 2 days training of the women on Monday, saying that lack of access to finance often hinders productivity in women-run farms.

“To correct this, several Village Savings and Loans Associations (VSLAs) have been formed in the 2 local government areas where community members contribute on a weekly/monthly basis to raise funds.

“Needy members can use these funds for groundnut seed production, other farm activities and petty trading.

” Lack of financial power to women was one of the key reasons for a difference in productivity between farms managed by women and those run by men.

“Most smallholder women farmers and petty traders in Nigeria have limited or no access to land, labor, inputs or credit,” she said.

Attah said the new batch of 70 women include people living with disability (PLWD) and sexual gender based violence survivors, adding that the training was aimed at increasing their source of income.

The Executive Director said that the Participants were trained on the drafting of the VSLA constitution, recordkeeping of savings passbooks, and issuing loans to group members.

“Calculating interest rates, and recovering loans. A VSLA kit was provided to each of them to start the savings process in their respective communities.

Our Correspondent reported that the training was supported by Support by ActionAid /global affairs Canada under the Women’s Voice livelihood (WVL).

Responding on behalf of the participants, Mrs Asabe Aliyu and Lami Saad Soro,commended the NGO for giving them training to secure loans and save their money within and in the community.

They pledged to make good use of the rare opportunity they got from the foundation and also train others in the community.

“With the VSLA we can save money and get credit for income-generating activities that will enable us to pay the school fees of our children, who are all in high school as well get money to refinance our children’s school fees.” they said.