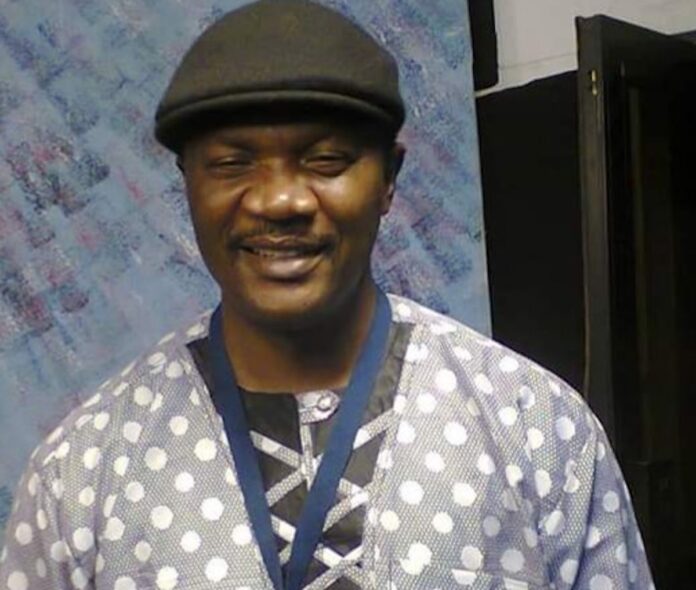 The Anambra gubernatorial exercise is slated to take place November 6, 2021 and the campaigns have begun to take off in readiness for the party primaries to select candidates to represent the respective political parties. Among the parties presenting candidates for the gubernatorial race is the ruling party, the All Progressive Congress [APC]. The spokesperson for the APC in Anambra State, Arc. Okelo Madukaife spoke with 247ureports.com concerning the chances of the APC in the unfolding race.

You are the mouthpiece of the All Progressive Congress in Anambra State for some years now. And, your party had made several attempts at winning the Gubernatorial elections in the past but has failed repeatedly. Why do you think that is?

I have been the image maker of APC for seven years, although I was in the same position for Action Congress of Nigeria (ACN), one of the three legacy parties that begat APC.

APC has existed for eight years and has contested 2013 elections as well as that of 2017.

In 2013, we were heading to victory when the election was deliberately bungled in Idemili North and five other local governments. In 2017 we came second. In 2021 we will win and form the Government in March 2022.

This upcoming Gubernatorial election, the APC appears to be preparing again to join the contest. How do you see APC’s chances?

I have already said, and I repeat for emphasis, that we will win. We have the best quality of aspirants, where the 12 in the race so far are 12 potential Governors, and more are still indicating interest.

We have emerged from a long history of electoral persecution, to that point where the election is getting better each time.

Nothing suggests that its perfect now but the growing system has continued to cure the mischiefs within the body politic and we do not see anyone being able to apply unclaimed  voters cards to manufacture victory and claim 21 over 21 in Republican Anambra State in future.

We are heading to primaries and our message is everywhere. Connecting to the Centre of Nigerian power equation is important. Having a chance to elect a Nigerian President of Igbo extraction is Germaine, and Anambra State will create the needed majority in the South East States to make the feat possible.

We are encouraged that people understand this message, judging from the way they have trooped into the party in the ongoing exercise, and it is good for Anambra State, her children and her children’s children.

Again, ours is in real terms, the only opposition party to ruling All Progressives Grand Alliance (APGA), which has run out of ideas and is no longer assisting the economic and political growth of Anambra State and South East Zone.

How many aspirants are there? And, is your party abiding by the zoning/rotation agreement?  It is widely believed the seat of governor is zoned to the southern senatorial district.

We have 12 aspirants so far and the doors are still open, although in the end, it is those who document their expression of interest, satisfy the minimum condition prescribed and go ahead to seek nomination that will count in preparing for the elections.

If you have any copy of any agreement on zoning kindly forward same to us in APC to peruse. For a fact, our party has never zoned governorship ticket before.

However, there are numerous good aspirants from the seven local government areas that make up the geographical and administrative expression called Anambra South Senatorial District.

Each of them is capable of winning the election, viewing Anambra State as one Constituency, bearing in mind of course that most of them equally sought nomination in 2017, unhindered.

The organ of society that deals with beliefs is the church. If you have anything concrete, please bring it forward, so we do not indulge in costly speculation.

Why has the APC in Anambra not secured any seat at the national assembly?

Maybe this question would better suit the moment of National Assembly election in 2023.But since you have asked, 2019 was a difficult year of self-definition for Anambra APC.

It was as if we did not contest the election.

You might wish to draw parallels from events in Zamfara and Bauchi States in the same year for clearer understanding.

However, when we get to the 2023 National Assembly Election bridge, we shall cross it in triumph.

I hope God keeps all of us alive to savour that moment of the future.

Would it be fair to say that the people of Anambra have yet to accept the party?

APC said enough is enough to the conversion of South East federal roads to cassava farms and created international class roads out of them. APC-driven Federal Government said _mba_to the east-west railway costing fortunes to fly across seas when people live on land and diverted it to the South East, routing it from Benin City, across Agbor over the Aladja-Itakpeline line to Aba were a hub is in the making at the intersection  point with the eastern line and created spurs in design to all state capitals in the South East. APC took it upon itself to make the first Independent Power Project (IPP), set in the same Aba succeed to awake a sleeping industrial giant.

Above all APC turned Anambra State into a theatre of demonstration of a ruling state government on how to  avail programs and facilities in people’s interest and how local government elections must be done to satisfy the 1999 constitution of the federal government and bring government nearer to the people. We took up the battle on the side of the people when the confused state government of the day banned motorcycles in key rural economic points without an alternate plan.

The national ruling party, which is your party, has been accused of marginalizing southerners particularly south easterners. Why is that? Do you think this perception held by the people of Anambra will affect the outcome of the election?

What we hear people say is thank you for letting us have a true international airport in Enugu  with new runway, new landing and lighting systems, after our brothers in the Senate stalled it for years. Thank you for approving another international Airport in Abakiliki.

What we hear day-in day-out is daalu, for breaking the 40 years jinx of failed promises related to suppression plans of the South East to get the second Niger Bridge and over one score kilometer of Access road which has created a new wonder in Obosi Interchange, and which trickle effect is  reversing  the seeming  isolation of South East.

What we are inundated with is _deeme_ for letting the industrial cities of Onicha and Nnewi get a new set of incentives  for industrial parts. Never mind the quantum impact of social investments like n-power, feeding Anambra Schools and  survival funds on our people who thrive on businesses.

And all the time we get calls from mothers who deal in locally produced wares asking for when they will board the train from Onicha to Abakiliki and it is a statement in renewed hope. A time was when they dared not ask.

How has APGA managed Anambra in the past 14-plus years?

APGA has mismanaged Anambra State for 15 solid years, Gov. Willie Obiano for seven years. We can give absolute views in terms of indices that are pointing downwards. We can talk about dropping the internally generated revenue position of the state from No 6 in 2013 to 25th now and so on.

But what Anambra State wants and needs now is for another serious-minded political party to form a government, so that having married two husbands, the proverbial damsel can make comparisons.

Will APC do better?

The indices are so clear and have been highlighted so far in this interview. And so shall it be.