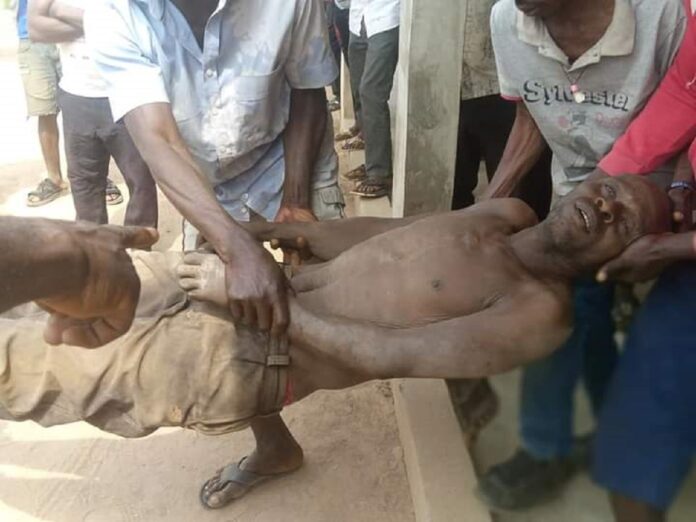 The Chairman of Ushongo Local Government Area, Mr. Joseph Asawa has raised an alarm following the tortured to death, of one Mr. Ordue Akume over a missing goat.

The Information Officer of Ushongo LGA, Mr. Edmund Igbawua said in a press statement that the youngest sibling of the deceased Akume had allegedly reported to the youths that his goat was missing.

During their process of investigation to find the culprit, the culprits decided to consult an oracle. The oracle man revealed to them that it was the deceased who stole the goat.

It was gathered that the accused had, however, denied the allegation but in a bid to ensure that he admitted and return the said goat, the suspects persistently went ahead with all forms of torture.

All pleas by neighbours and passers by to make the youths halt the torture fell on deaf ears as they went ahead with their acts.

It was however said that when it became obvious to them that he could not survive, they moved and dump him at a private clinic where he gave up the ghost.

‘All the suspects involved in this dastardly act must be made to face the full weight of the law’, Hon. Asawa said.

The Council Chairman who expressed shock at the barbaric act enjoined the police and traditional rulers to effect the arrest of six culprits who are now in police net.

He also visited the clinic where the corpse was abandoned and moved it to General Hospital, Lessel morgue for further necessary action.

The PPRO added that: ‘the five suspects in connection with the case will soon be arraign in court’.