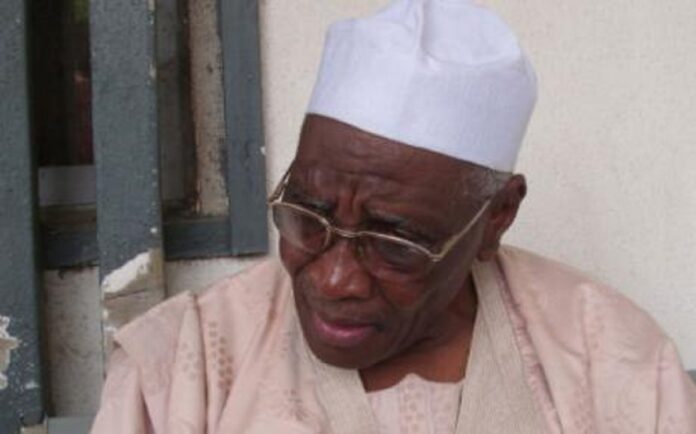 The attention of the Indigenous People of Biafra (IPOB), ably led by our great leader, Mazi Nnamdi Kanu, has been drawn to the unguarded and highly provocative utterance made by one Alhaji Ango Abdullahi and his tribalistic Northern Elders Forum, NEF, that the Igbo are the worst perpetrators of violence against Northerners in every part of Nigerian. But for our concern for the average Igbo and indeed Biafrans who have been betrayed by their so-called political leaders and socio-cultural group leaders like Ohanaeze, we wouldn’t have bothered to dignify the gibberish with a response. We would have allowed the treacherous Ohanaeze leadership and the self-acclaimed Igbo Leaders to pocket the insult.

May we therefore ask Alhaji Ango Abdullahi and his co-travelers: Between the Igbo and Fulani jihadists, who are terror inclined? Who among the two tribes have violence, terrorism and killing without provocation in their DNA?

Which of the two tribes habour and have sympathy for the six most dangerous terrorist groups in the world – Boko Haram, Fulani killer herdsmen, Ansaru, ISWAP, ISIS, bandits ? Are the Igbo the perpetrators of the daily carnage and pogrom committed by these vampires in the North?

Were the Igbo behind the burning of car shops in Abuja and the looting of Igbo businesses in Lagos during the#EndSARS protests?

Hypocrisy is evil! The little snake nurtured by the North in their desperation to blackmail ex-President Goodluck Jonathan out of power has become a python, and they are now looking for Ndigbo to blame instead of solving the problem they created.

Ango Abulahi should tell the world how many times any act of terror has been linked to any Igbo or Biafran whether within or outside Nigeria. Northern Elders and their Southern slaves should leave Ndigbo and Biafrans out of their ordeal. It needs no proof that Ndigbo are the most hospitable but unfortunately the most victimised tribe in Nigeria.They are the victims of unprovoked killings and destruction of property in Nigeria often masterminded by the caliphate and their foot soldiers.

We won’t blame Ango Abulahi. It was Gov Nyesom Wike and Ohanaeze that gave him the audacity to insult Ndigbo. If Wike in his quest to appease the Caliphate for possible reward with Vice Presidental slot in 2023 did not heap the destructions by hijackers of #EndSARS protests on Ndigbo in Rivers, NEF wouldn’t have had the temerity to insult Ndigbo the way Abdullahi has just done.

If Ohanaeze and the treacherous Igbo Governors and political elite had not gone to Rivers to shamefully endorse the massacre of the Igbo in Obigbo by Wike and the Nigerian Army, Ango Abdullahi, certainly will not have the courage to openly disparage and threaten the entire Igbo race the way he has just done.

We know their game plan: The North is only trying to use this to justify and cover up the on-going genocide at Obigbo perpetrated by the North dominated security operatives. They also want to use it to justify more attacks on Ndigbo and their interests in other parts of the country.

This is the same way they turned the 1966 military coup by progressive Nigerian military officers to ‘Igbo coup’ just to make Ndigbo an odium to the rest of the country. The North has the antecedent of changing the narrative to discredit others.

But we want to remind them that the era when the Igbo or Biafrans are used as sacrificial lamb in Nigeria is gone ! Any attempt to attack or slaughter Ndigbo or hurt their business interest in any part of Nigeria will not only be stoutly resisted but revenged with equal proportion. This is not a threat but a promise!

Why not allow Biafrans to go since you have all found them to be your problem? Since you want to have your peace which you think Ndigbo are disrupting, then allow them to exit so you can enjoy your Nigeria.