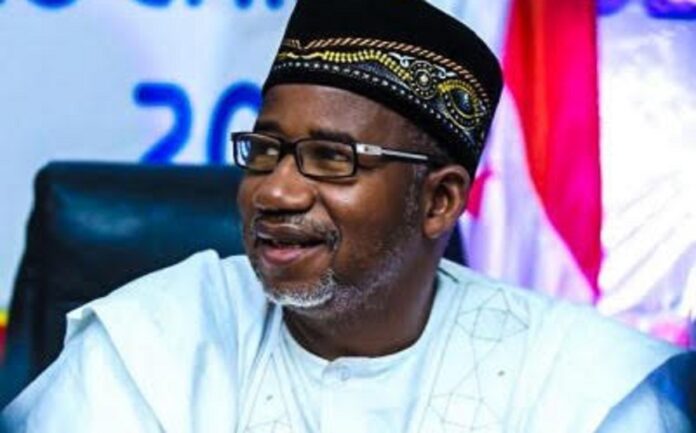 It is no longer news that Bauchi is a civil service state, thus an inconsistency or delay in salary payment has been catastrophic – this is a self-explanatory reality. It has been a clear determining factor of the capacity of any governor that ever came on board in the state, and nothing has changed this reality so far.

The previous administrations were also eyewitnesses to the vital role it played in the socio-economic and local politics of the state where the previous governors had faced an irresistible pressure from the citizens when salaries were truncated or not paid entirely — either you’re a civil worker, business entrepreneur, or whatever, salary is directly or indirectly your way of earning a living in Bauchi. it’s, therefore, never a variant when salary payment is inconvenient – everyone suffers

The executive governor of Bauchi state, Bala Muhammad Abdulkadir, has vowed to change the narrative of the affairs. In that effort, the problem being a systematic problem, on 10 Sep, 2020, he hosted a media parley with relevant stakeholders to source out where exactly the problems lie, that shows an utmost dedication to ensure the system is corruption-free

During the session, many papers were presented by numerous relevant stakeholders, and a series of advice were also voiced out. And questions and answers session was also allowed, where the presentees asked questions, and were directly forwarded to the relevant office for an instant clarification.

At this very juncture, rendering such a doubt clearing event was surely of the greatest importance. Especially looking at how the whole issue is getting politicized by some opportunists. The governor was being accused of withholding the workers’ salaries without any clear evidence, but his words during the said session had put the heart of whoever is looking for a piece of genuine information at rest. The governor said:

“I’m paying salaries on the wage-based hundred per cent every month. I have never kept a kobo aside. it is only when salaries are paid, any other thing can be done. Infrastructure and services are secondary to salaries. As a civil savant, I believe Bauchi is a civil service state, so service and labour must have integrity. We are making sacrifices. I have the assurances of the committee I have set up, and the consultants may be one-two months, at the end of the month, this issue would be minimally reduced or completely eliminated.”

“Salary isn’t something that you would be praised when you paid. There’s enough money in the system to pay salaries. But if the monies that we have are all taken away by fraudulent people, then we’ve a problem.”

The governor made it clear that the issue is affecting him as a person not only politically, and solicited the support of the stakeholders to fight the wrong practices in the system. Because according to the governor, as the government is strategizing to expose those bad eggs in the system, they’re also strategizing as well. He also ordered the ministerial committee to look into the issues raised by the labour during the session.

And lastly, governor Bala assured the good people of Bauchi that his administration is conscious, and would make sure all those who were affected, their problems are sorted out. And those who are really benefiting from the system illegally would be fixed out, and a normal way of discipline in civil service would be followed to punish them, and the same time they would be taken to court, to be prosecuted, and jailed!