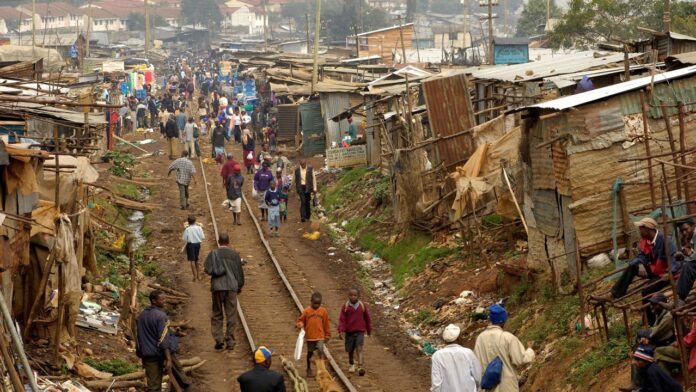 Though he spoke of his poverty with gallows humour, Geoffrey Tempest, the lead character in the book –SORROWS OF SATAN — by Marie Corelli,  was pained by his condition and the unfeeling society.

Bred of fine trade( he was a seasoned journalist and author)his writings were acknowledged as being of the finest tradition. Certain of a job but without one, he walked the streets of London a frustrated man. He suffered rejections in the hands of publishers.

He wrote: ‘I was refused by many, taken on trial by some, but getting steady pay from none.”

Poverty clung on him as like Siamese twin. Unfazed, he battled to slough off its repulsive pertinacity.

Almost when he thought that providence has completely ruined him something returned swift upon him. A prodigy of nature happened upon his account and turned his life for good.

Before he would later regret his sudden wealth,Tempest made a graphic description of his poverty thus:  “Do you know what it is to be poor? Not poor with the arrogant poverty complained of by certain people who have five or six thousand a year to live upon, and who yet swear they can hardly manage to make both ends meet,  but really poor— downright, cruelly, hideously poor with a poverty that is graceless, sordid and miserable? Poverty that compels you to dress in your one suit of clothes till it is won threadbare — that denies you clean linen on account of the ruinous charges of washer women — that robs you of your own self respect and causes you to slink along the street vaguely abashed,instead of walking erect among your fellow men in independent ease —-this is the kind of poverty I mean.”

There are many Tempests in Nigeria today who battle hideous poverty and have no chance of a daily meal.  They have been discounted by the society not  because they are not bred of any trade or are incompetent, but because the  economic situation in the country holds them captive.

It is our prayer that those entrusted with our collective good be alive to their responsibility before some of them will seek recourse to violent crimes. A good number of them may not have the fortune of a mysterious bequest like Tempest. The difference here is that while Tempest suffered alone an angry horde will turn villainous against society.

There is anger in the land — hunger- induced anger.

May the welling anger not give in our time.

Ohanaeze 2021 Election: Between Joining The Bandwagon And Standing Against Corruption – By Mazi Ikechukwu Bismarck Oji

The Return Of Emeka Ihedioha – By Ekene Bob-Ekechukwu ESQ

The Atrocities Of Kidnappers In Modern Day Nigeria – By Hajara Abdullahi