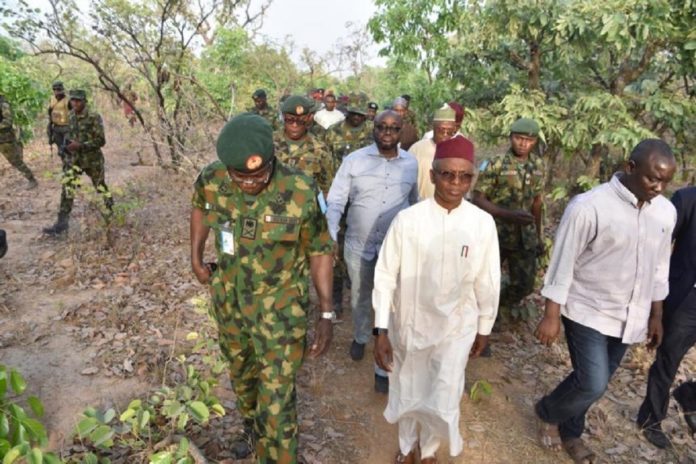 The Southern Kaduna Peoples Union (SOKAPU), is again constrained to observe with dismay, the continuous onslaught on our communities by Fulani Militia with such impunity that seems to suggest we are in a state of anarchy, particularly in Southern parts of Kaduna state.

Under an ongoing 24 hours rigidly imposed curfew, in  the early morning hours of Friday, 10th July, 2020, precisely around 1:30am, these same Fulani herdsmen militia invaded a remote, peaceful farming Community called Chibob in Atyap Chiefdom, Gora ward of  Zangon Kataf Local Government Area. This unprovoked attack ended in the massacre of Nine (9) Atyap natives, mostly women and children who were murdered in their sleep in the most barbaric manner imaginable. The invaders also burnt down over 20 houses, destroyed farmlands, rustled 24 cattle and other livestock, looted foodstuffs and other properties of the villagers.

As the curfew persisted, in the early morning hours of the following day, being Saturday the 11th July, 2020, these Fulani Militia continued their attacks in neighbouring remote communities. In Particular, they attacked  Kigudu  community which is close to Chibob, located at the boundary between Zangon Kataf and Kauru LGAs.  This   led to the death of 10 women, an infant and an old man who were burnt to death inside a house they had taken refuge. Some of the corpses were burnt into ashes.  Four homes were razes. This brought the death toll to twelve (12) in that community.

With the curfew still in rigid enforcement, Anguwan Audu, a Surubu village, still under Gora ward was invaded this morning of 12th July, 2020, were the village was looted and entirely burnt and one person killed.

This brought to a total death toll of 22 persons in three days of unbroken attacks under a 24 hours strictly imposed curfew that has been running for 31 days today.

Sadly, the ever present q huge armed security personnel  drafted to the area under the orders of Kaduna State Governor, Mallam Nasir el-Rufai of Kaduna  state government to enforce a 24-hour curfew could not be found when the invaders came.

We believe that the curfew should have been lifted or relaxed a day or two after the killing of a young school teacher, Mr Moses Magaji on a farm disputed by Hausa settlers of Zangon Kataf town and their Atyap long time host generated tension around the area.

These attacks, have come to confirm a veiled,  but documented threat issued on the 17th June, by leaders of five (5)  Fulani supremacists groups at a Press Conference in Kaduna, led by  Alhaji HarunaTugga

It is pertinent to note here that after the threat by the Fulani elites and about 20 days into the 24 hours courfew, SOKAPU made a press statement where we passionately pleaded with the state government to lift the 24-hour curfew imposed in Zangon Kataf and Kauru local government areas, having observed that the curfew imposed was becoming more of a tool to weaken and tie down our people for Fulani Militia to have an easy ride in invading our vulnerable communities. We also observed that our people were being brutalized on their farms by some overzealous security personnel who, under the guise of enforcement of the curfew, always chased Atyap natives to their farms, intimidate, arrest, detain and brutalize them.

We are particularly worried that these massacres and destruction in our communities are becoming too much to bear, considering the fact that Governor Nasir Ahmad el-Rufai has neither said anything about the killings, nor has he shown concern on the plight  of our communities whenever they are attacked. Of the scores of cruesome attacks, the governor has never made  any  sympathy visit to the victims’ communities, not to talk of taking steps to alleviate their sufferings by providing relief materials to where they have been made IDPs in their scores of thousands.

With this recent attacks and impending attacks, as the Fulani Militia are still sending strong warnings and threats,  many of these threatened communities have consequently relocated to surrounding communities, thereby creating a very serious humanitarian situation where they  need relief materials like foodstuffs, medical facilities, mattresses and blankets, clothing and other necessities.

We are calling on the Kaduna State Government under Governor el-Rufai and the Federal Government to show more commitment and sincerity in securing our communities in Southern Kaduna.

We are also requesting that relief materials be taken to our displaced communities across the local governments in Chikun, Jema’a, Kaura, Kauru, and particularly, Zangon Kataf that is presently in the eye of the storm.