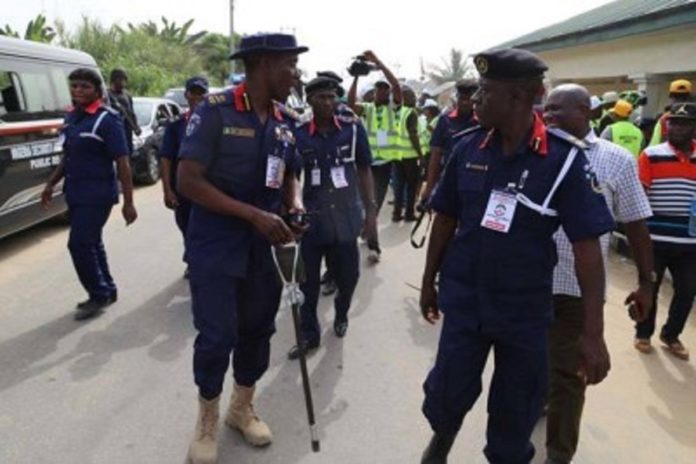 The Ebonyi COVID-19 Task Force on Monday sealed the First Bank of Nigeria Plc,  Afikpo branch of the state for alleged non compliance with safety protocols against the pandemic.

Chairman, Afikpo North Local Government Area of Ebonyi, Mr Ogbonnaya Enyim, who is a member of the task force, confirmed the sealing while addressing newsmen in Afikpo.

He said the local government during its stakeholders meeting last week, had directed all banks, restaurants, drinking joints and other businesses to adhere strictly to the state government’s  safety preventive measures against the spread of the virus.

Enyim said that when the team arrived the bank, it was observed that none of the preventive measures instructed by the state government was put in place by the bank.

“It is very unfortunate and regrettable that despite warnings of President Muhammadu Buhari and Governor of the State for commercial centers to put in place all preventive measures against Coronavirus, some of them decided to be a clog on the wheels of government’s progress.

“Our task force, this morning, visited banks in the local government to monitor the level of compliance in the area.

“But on arriving at Eke market branch of the said bank, it was observed that none of the directives was adhered to.

“Before now, there has been several warnings for the bank to ensure that their customers wear face masks and ensure social distance while doing their business, but none of the directives was taken into consideration by the bank.

“The task force today had to seal the bank and stop it from carrying out its operations until it adheres strictly to all the preventive measures instructed by the government,” he said.

The Development Center Coordinator of Afikpo North, Mrs Amauche Otunta, who spoke on the development, said the measure was taken to serve as a deterrent to others who would refuse to comply with the state government’s directives.

“Zenith bank asked the crowd to leave and when the COVID-19 team went back to ascertain if the directive was kept, we observed full compliance to all the measures,” Otunta said.