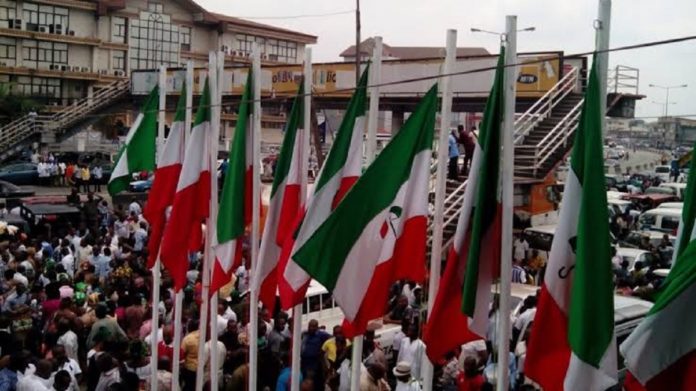 The ongoing cold war ravaging the political fortunes of the PDP since the emergence of Gen. Jeremiah Useni as its 2019 gubernatorial candidate, has almost come to an end with the intervention of the party’s national headquarters.

According to an opinion poll conducted by a team of political correspondents, Gen. Useni is seen as the only pillar left to continue nurturing the party and commands the required respect to restore the glory of the party against 2023. It was alleged that a factional group created against the constitutional provision of the party, played roles in the defeat of Gen. Useni at the election with the hatchet plan of dismantling the existing structure led by Hon. Amos Gombi who deputised for Hon. Damishi Dangote that piloted the affairs of the with passion and improved it’s public appeal rating for the 2019 elections.

Credible source close to the PDP national secretariat reveals that former governor Jonah Hang has out of frustration and haunted by his past, is desperate to hoodwink the party’s leadership against the interest of the majority with a threat of membership resignation should leadership remain in the hands of Gen. Useni.

It could be recalled that in 2014, Jang as a governor caused disaffection with the Nigeria Governors Forum which escalated to a higher pedestal that birthed the 2015 Mega-merger and subsequent dislodgement of PDP from power. It was same Jang that wobbled his way to impose his nephew as PDP 2015 gubernatorial candidate which caused the defeat of the party in Plateau state.

Observers believe that for PDP to remain floating in Plateau state with a bright future, leadership should remain with Gen. Useni while Amos Gombi be allowed to complete the tenure of chairmanship up to the coming Congress in April.