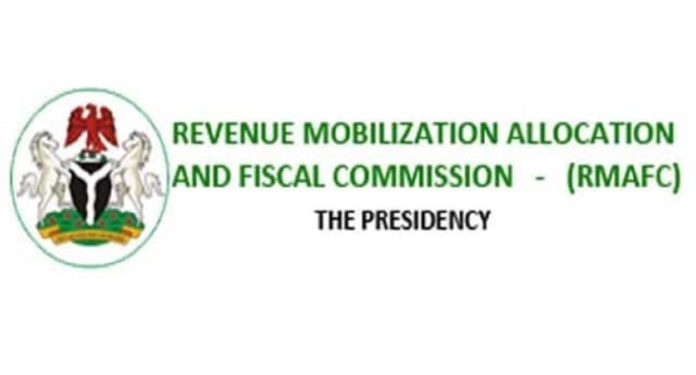 Crisis is currently rocking the Revenue Mobilization Allocation and Fiscal Commission RMAFC, as Joint Session of the Nigeria Civil Service Union (NCSU) and the Association of Senior Civil Servants of Nigeria (ASCSN) Tuesday lock out Commissioners and preventing them from entering their offices there by causing tension in the office.

It was gathered that troubled started when the two labour unions rejected proposed draft Standing Order procedure of the Revenue Mobilization Allocation and Fiscal Commission RMAFC, 5th Edition, 2020 which they promised to complied with strictly.

The joint Union had in a Communiqué issued at the end of a Joint Session of the Nigeria Civil Service Union (NCSU) and the Association of Senior Civil Servants of Nigeria (ASCSN) Revenue Mobilization Allocation and Fiscal Commission Branch, held on Tuesday, 4th February, 2020, at the auditorium of the Commission, Abuja, given the Commissioners two weeks ultimatum to vacate office space allocated to them.

The Communiqué which was signed by Josiah Amanabo, Chairman, NCSU and Martins Adeoye, Chairman, ASCSN, noted that “although the Law establishing the Commission is silent on the status of Members of the Commission, a Presidential directive was given to the effect that Members should operate on a Part-time basis.

“That by virtue of being part-time: Members are not supposed to be allocated office space to the detriment of of the staff; paid monthly salary but rather sitting allowance.

“Consequently, the office to be vacated by Members should be allocated to staff immediately.

“That the Business and Rule Committee should withdraw the proposed Standing Order regulating the administrative affairs of the Commission on or before Thursday, 6th February, 2020; hence seven days ultimatum will be issued by the Union for failure to comply.

“The Joint Session unanimously rejected the proposed Standing Order regulating the affairs of the Commission presented by the Rule and Business Committee. The Session respectfully urges the Chairman to as a matter of urgency consider and implement the position of the Joint Session.”

The Joint Union 13th, February, 2020, gave a 48 hours final ultimatum which elapses on mid-night on Monday 17th, 2020,stating that failure to comply with their demands, the entrance gate of the Commission’s office will be under lock and key as from Tuesday, February 18, 2020 and asked staff to come with their staff Identification Cards.

However, a Commissioner who spoke to us about the crisis but pleaded for anonymity accused the Commission’s Chairman Engr. Elias Mbam of inciting the Labour Union against other Commissioners in order give him unhindered access to the agency funds.

According to him; “the chairman of RMAFC is inciting the labour union against his fellow Commissioners.  Today 18th February 2020 since 8am the office gate has been shut that no Commissioner was allowed enter into their offices.“The issue is that a Committee of Business and Rules came up with draft copy of a Standing Order of operations to be adopted by the Commission of which 97% of the Commissioners made input into the draft.

“It was presented at the plenary and the Chairman, Eng. Elias Mbam further set up another committee to look into the draft and come up with their report. After the plenary, the chairman called the Union and some of the Directors to fight the Commissioners that they have no rights to come up with rules.

“Today even his security were intimidating the commissioner, we are aware that he is instigating this fight because of Procurement Committee set up by the Standing Order by the Business and Rules Committee which is aimed at instilling transparency and accountability to the Commission.”

He therefore, called on the Presidency to intervene in the crisis to arrest the drift, stressing that corruption is indeed fighting back at Revenue Mobilization Allocation and Fiscal Commission.