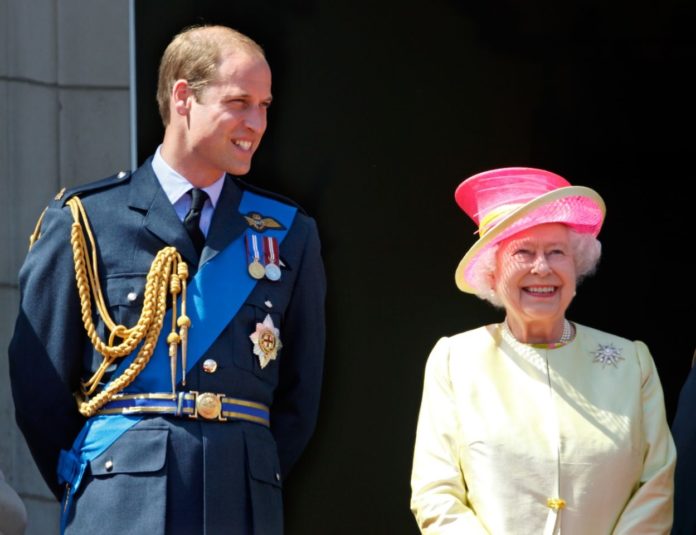 Queen Elizabeth has given Prince William a brand-new title: Lord High Commissioner to the General Assembly of the Church of Scotland.

Prince William, 37, who also carries the titles The Duke of Cambridge and Earl of Strathearn (the latter is a Scottish title bestowed to him on his 2011 wedding day. Wife Kate Middleton, 38, is known as the Countess of Strathearn in the U.K. country).

According to a government announcement published Saturday, Prince William will use the bonus name in his new role as “the Sovereign’s personal representative to the Annual General Assembly of the Church of Scotland” for which he will make opening and closing speeches to the Assembly and perform other official duties.

William was rewarded during an awkward time for the royals— it’s been one week since the queen announced that brother Prince Harry and his wife Meghan Markle, the Duke and Duchess of Sussex, will lose their royal titles after “Megxit.” On January 8, the couple, who are parents to 8-month-old Archie, forfeited royal life in a shattering Instagram post. The couple desired financial independence and to raise their son “with an appreciation for the royal tradition into which he was born” while leaving the U.K.

The Queen has appointed Prince William as Lord High Commissioner to the General Assembly of the @churchscotland this year.

The palace responded: “Discussions with The Duke and Duchess of Sussex are at an early stage. We understand their desire to take a different approach, but these are complicated issues that will take time to work through.” And an emergency family meeting between Prince William, Queen Elizabeth, Prince Harry, and Prince Charles took place to hash out details — however, Markle, then in Canada, wasn’t present.

Last week, Buckingham Palace announced that the couple will no longer carry out royal and military duties, nor will they receive public funds for them. “With The Queen’s blessing, the Sussexes will continue to maintain their private patronages and associations,” read the notice. “While they can no longer formally represent The Queen, the Sussexes have made clear that everything they do will continue to uphold the values of Her Majesty. The Sussexes will not use their HRH titles as they are no longer working members of the Royal Family.”

The queen, 93, also shared her pleasure at reaching “a constructive and supportive way forward for my grandson and his family.” She added, “Harry, Meghan and Archie will always be much loved members of my family. I recognize the challenges they have experienced as a result of intense scrutiny over the last two years and support their wish for a more independent life.”

The duke and duchess of Sussex have been targeted by fans and the media since their courtship. In October, Harry announced legal action against Associated Newspapers (the owner of the Mail on Sunday) for printing a private letter from Markle to her father Thomas. In his remarks, Harry said fame was breaking his wife’s spirit.

“Unfortunately, my wife has become one of the latest victims of a British tabloid press that wages campaigns against individuals with no thought to the consequences – a ruthless campaign that has escalated over the past year, throughout her pregnancy and while raising our newborn son,” wrote Harry on the couple’s website.

Megan, Harry and Archie are reportedly residing in Canada. Meanwhile, the Duke and Duchess of Cambridge become more entrenched in royal life — on Monday, Middleton and William hosted a Buckingham Palace reception ahead of the U.K.-Africa Investment Summit. And on February 2, the couple will hit the glamorous British Academy of Film and Television Arts awards (also known as BAFTA) with a “sustainability” dress code.