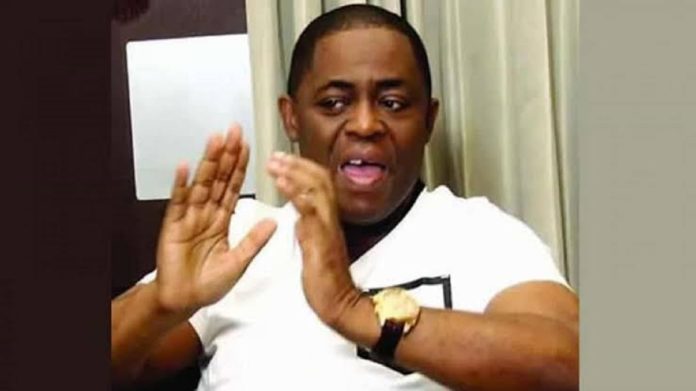 Former Minister of Aviation and acrylic social commentator, Chief Femi Fani-Kayode (FFK), yesterday said that Nigeria has turned its back on the people of Southern Kaduna, whom he said were suffering from what he described as the ‘unbelievable wickedness’ of herdsmen violence.

FFK, made this observation in Abuja, when the newly elected President of the Southern Kaduna Peoples Union (SOKAPU), Hon. Jonathan Asake and his exco paid a courtesy visit to the Chief.

He said: “Southern Kaduna is undergoing very terrible things under herdsmen terrorists. Some of the wickedness your people are enduring are unbelievable,” he said.

“It is a shame that’s Nigeria has turned its back on Southern Kaduna.

“I know that if a small amount of the terror you are going through should happen in some parts of Nigeria, the reaction will be severe. Because you have the population and the means.

“And that’s where I have tremendous respect for your people. You uphold to strong Christian values and have refused to be dragged into beastly reactions. I encourage you to remain steadfast, seek for justice and remain prayerful,” he told his visitors.

“On my part, I will always remain a friend of Southern Kaduna and I will always speak against injustice and suppression against your people and everywhere such evil exists. This is a calling I haven’t dedicated my life to,” he said.

He congratulated Asake over his emergence, saying he knew that the former House of Reps member would lead SOKAPU with the commitment, creativity and honesty he had always known him to pursue a cause.

Speaking earlier, Asake said he had come to thank FFK for his courage in speaking truth to power and for being a friend of Southern Kaduna in words and deeds.

He told his host that Southern Kaduna was still under siege by armed herdsmen who had been killing peaceful, law abiding natives in their communities, looting the villages and kidnapping some for ransom.

“As we are here to see you, there are several communities that had to flee to safety with men, women and children with the only clothes they had own as what they could rescue. They starving in refugee camps, though some are living on the margins with relatives in safer areas.

“Armed herdsmen have taken over their villages and are grazing their animals on their crops especially in Chikun Local Government Area (LGA),” he said.

“The indifference of our government to such a huge pervasive crime and the humanitarian crisis in Chikun and Birnin Gwari LGA should attract the attention of the world.

“We believe that there is an agenda to uproot our Christian population in these communities and replace them with herdsmen,” he said.

“SOKAPU believes that under the current arrangement, ethnic nationalities of Nigeria cannot be guaranteed equality before the law, safety and security and equal access to resources. Only a restructured Nigeria can guarantee these.

“We therefore want to assure our all partners in this project that Southern Kaduna is ready for a regonetiated Nigerians,” he said.